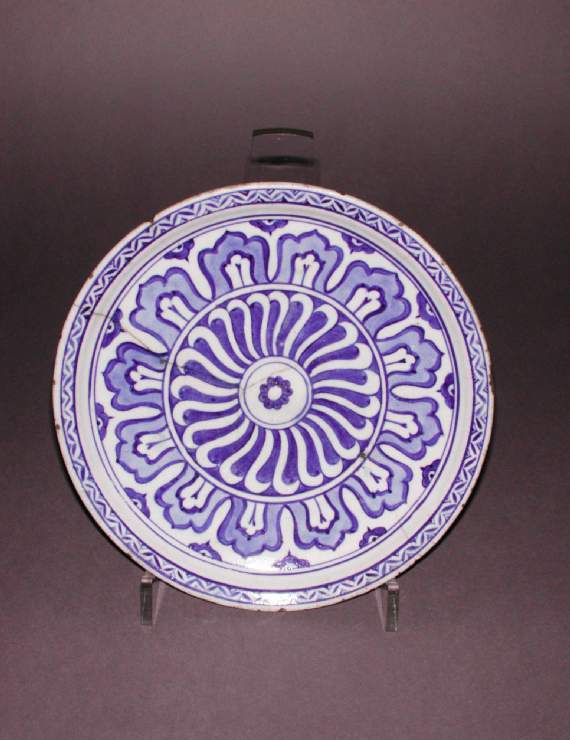 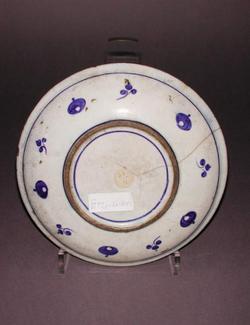 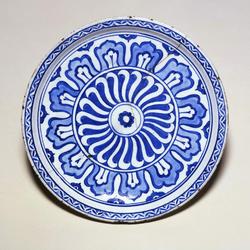 Fritware, probably wheel thrown, coated in a white slip and painted in two shades of blue under a clear glaze.
Shape: out-turned rim, almost flat, on a shallow, slightly concave body sitting on a low, wide foot ring.
Interior: on the rim a pattern of paired leaves is interspersed with dotted triangles. On the cavetto a frieze of lappets frame the roundel, which comprises a whorl of lotus panels radiating from a central rosette.
Interior: on the body, within concentric lines leafy sprays are separated by peach like fruits. On the underside of the base, another blue concentric line echoes the shape of the foot ring. Glaze covers the exterior surface with the exception of the rim of the foot ring.

clear, covers the exterior surface with the exception of the rim of the foot ring Glaze two shades of blue Pigment white Slip Fritware