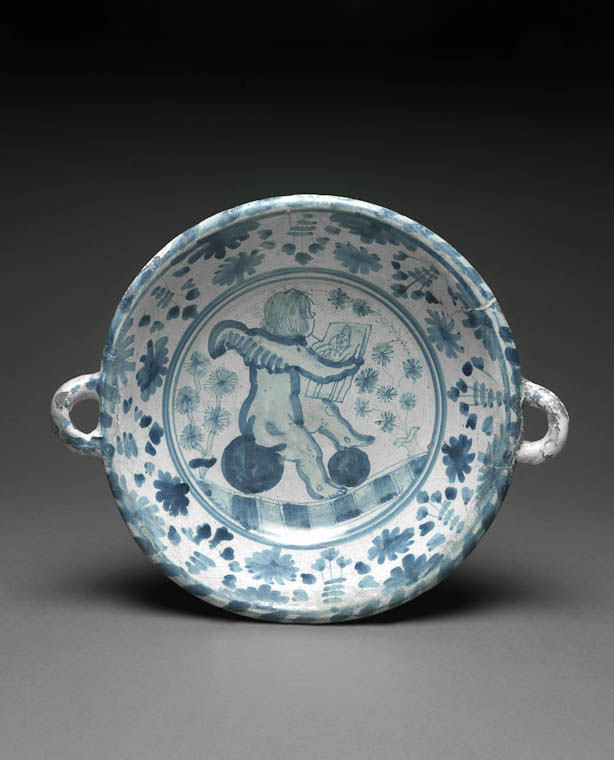 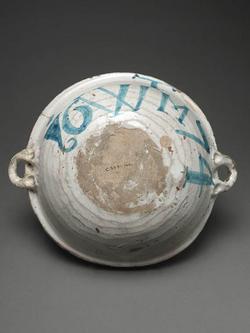 Tin-glazed earthenware two-handled bowl, painted in blue with a putto sitting on a large ball, holding a drawing.

Yellowish-buff earthenware, tin-glazed overall except for an irregular area on the base, and painted in two shades of the same blue. Circular with deep curved sides and everted rim, and two small horizontal handles made of rolls of clay, each with two thumbprints on the underside. In the middle within two concentric circles, a putto holding a drawing sits in profile to the right on a large ball, and rests his left foot on a smaller ball. On each side of him there is a plant in a pot and below, a row of tiles in alternate shades of blue. On the sides there are stylised plants radiating inwards from the rim, which is decorated with slanting blue dashes. The exterior is inscribed '16 W T M 74' in blue.

Bequeathed by Henry Scipio Reitlinger, 1950; transferred from the Reitlinger Trust, 1991.

Tin-glazing : Yellowish-buff earthenware, the bowl thrownh, tin-glazed overall except for an irregular area on the base, and painted in two shades of the same blue. 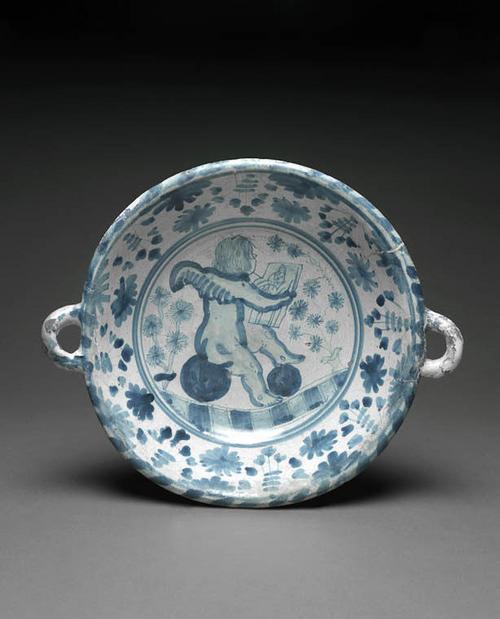