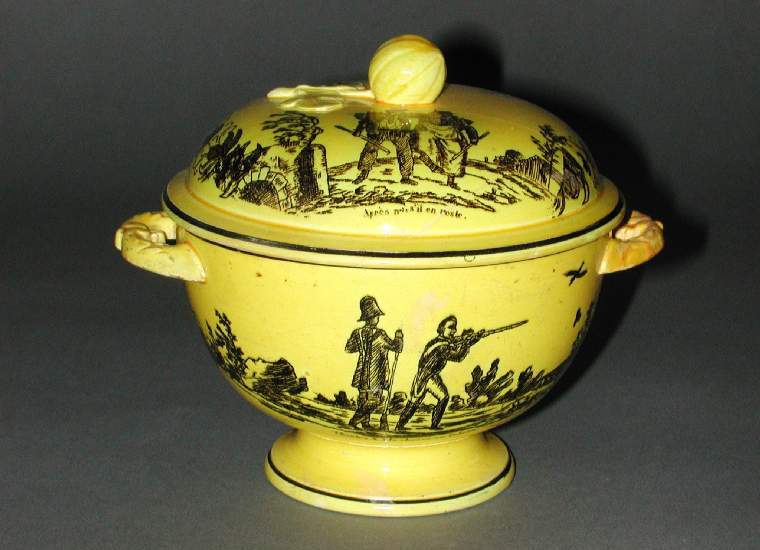 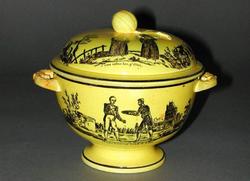 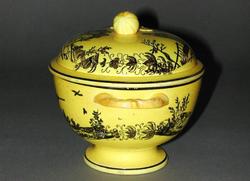 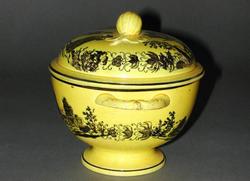 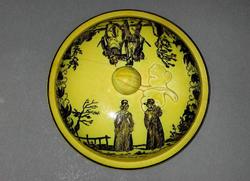 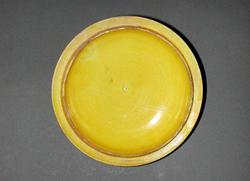 Earthenware, with moulded applied handles and finial, covered with semi-opaque yellow glaze, transfer-printed onglaze in black, and banded in black enamel. The hemi-spherical bowl stands on an incurved foot, and has two handles, each formed by two incurved foliated scrolls. The domed cover has a finial in the form of a fruit on a stalk with two leaves. The exterior of the bowl is decorated on one side wth Charles X receiving the keys of Rheims, titled below 'Charles X recevant les clefs de Reins.', and on the other side with Charles X shooting pheasants, titled below 'Charles X à la chasse au faisan.' There are black bands round the rim, and the edge of the foot. The cover is decorated with two scenes separated by floral sprays; two women in walking costume, inscribed below 'J'vous valons ben, p'tètre.', and two workmen (or one and a woman) inscribed below 'Apres nous'il en rest.'. There is a black band round the rim.

In 1819 the Montereau factory was purchased by the owner of the Creil factory and the two were run separately until 1840 when they became a single company.

This is probably an écuelle 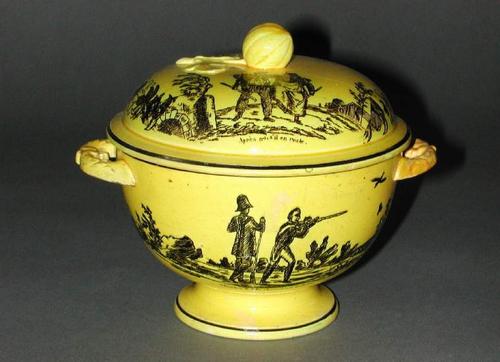