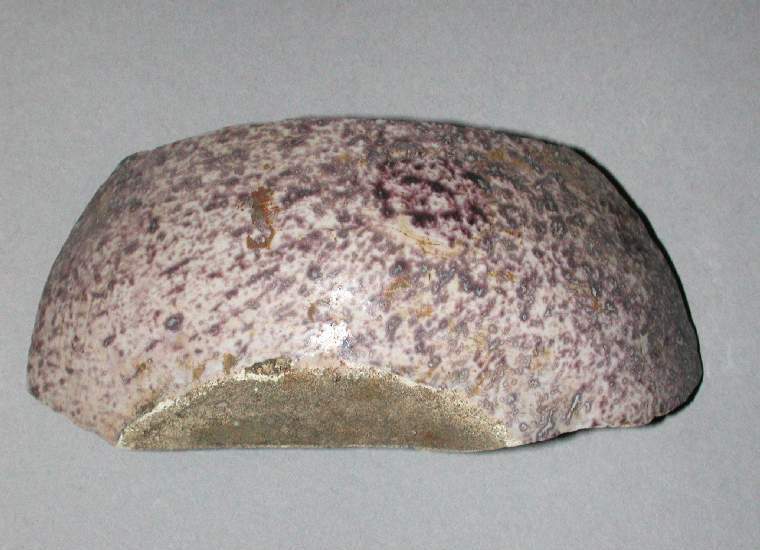 Pale buff earthenware, thrown, tin-glazed and speckled with manganese on the exterior. Part of the base and lower side of an open vessel, probably a bowl

History note: Found in London (outside the City boundaries) by G.F. Lawrence of Wandsworth, who gave it to Bernard Rackham (1876-1964)

Probably made in Southwark