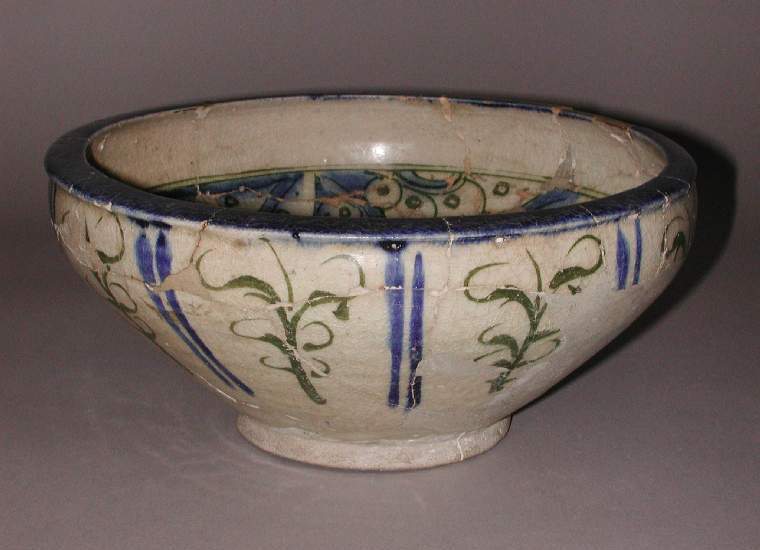 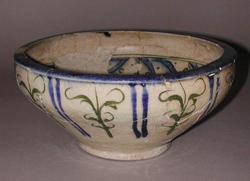 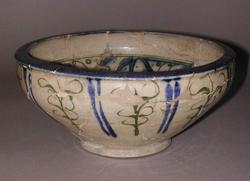 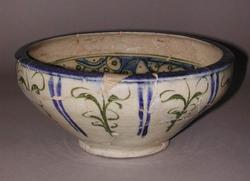 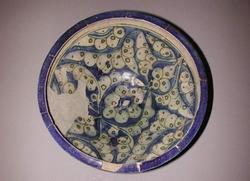 Fritware painted in black and blue under a clear glaze

Buff fritware, wheel thrown, painted in black and blue under a clear crazed glaze
Shape: T shaped rim, segmental bowl and a low foot ring
Interior: rim is painted in blue, whole the body and base are covered with scrolling vines with leaves, palmettes or a rosette, all of which are filled with small circles and sometimes dots. The background is painted in blue with a pair of parallel black concentric lines delimiting the decoration on the upper body. Two scars on the base indicate the use of a tripod stacking device during firing.
Exterior: repeating vertical water weed pattern is painted in black and separated by pairs of blue lines. Clear glaze runs unevenly over lower body onto the foot ring with some glaze splashed onto the underside of the base.