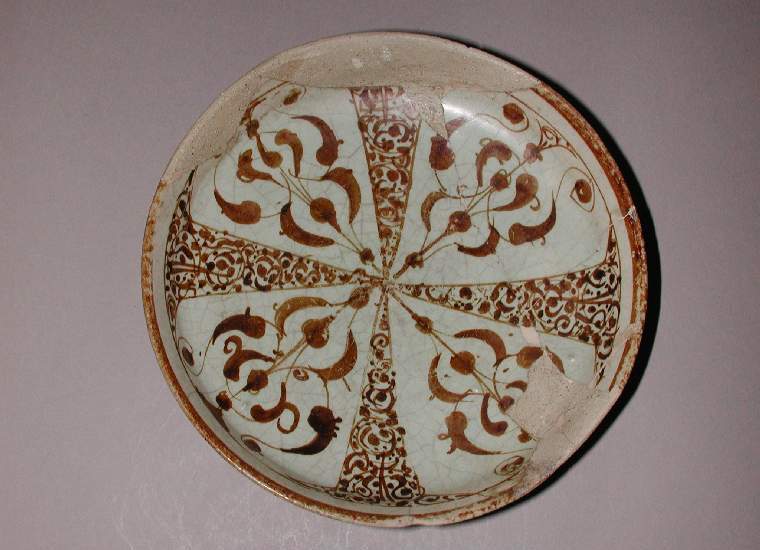 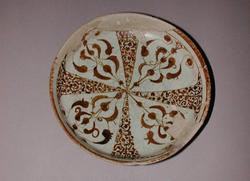 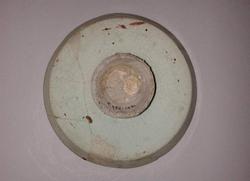 Buff fritware, wheel thrown in sections, covered with a white, opaque crazed glaze and decorated with lustre.
Shape: shallow conical bowl with low foot ring which has slightly flaring sides.
Interior: decorated in lustre with a band on rim and a radiating pattern on the body, comprising four fleshy plamettes separated by ‘V’ shaped panels densely decorated with dots and scrolls.
Exterior: Undecorated except for splashes of lustre irregularly spaced over the body and a clear, crazed glaze which coats the body covering the upper part of the foot ring. Scorch mark on body from firing process. 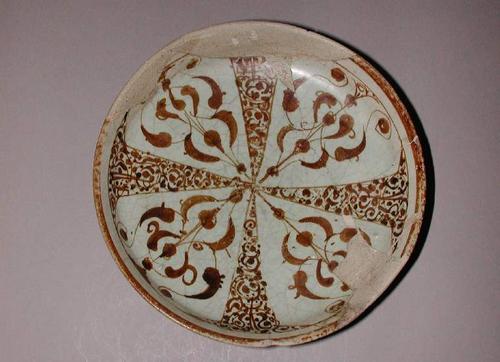