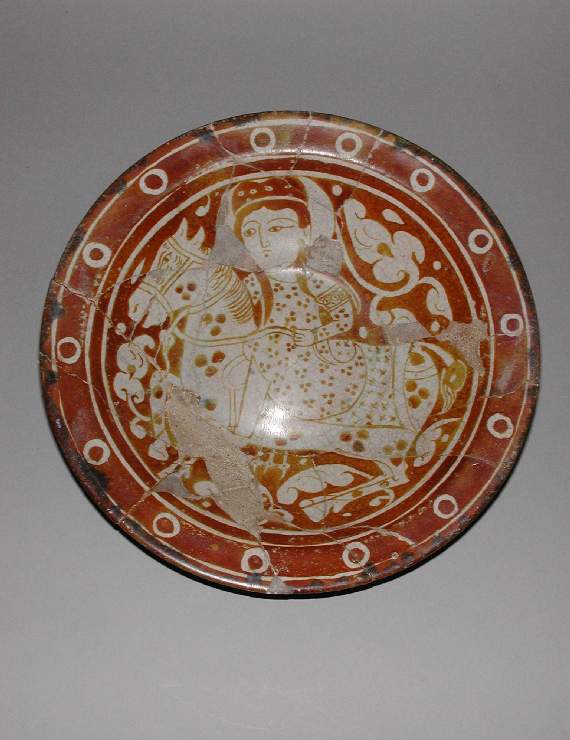 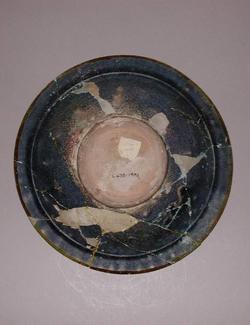 Fritware with white and blue glaze under lustre paint

Pinkish-buff fritware, wheel thrown with white and pitted blue glaze, both crazed and painted in yellow-brown lustre.
Shape: hemispherical dish with a flange rim and a low foot ring.
Interior: decoration entirely in reserve against a lustred background. On the rim, a frieze of small circles is enclosed above and below by concentric lines; blue pigment from the exterior glaze forms irregular spots of colour. The central decoration features a horseman, seated on a harnessed horse adorned with a starred blanket. The horseman wears a hat and a tunic; the latter decorated with groups of dots that match the larger groups of dots on the horse’s body. The background contains scrolling vines with palmette leaves.
Exterior: a lustre band decorates the rim, while the blue glaze on the body extends to the upper foot ring.