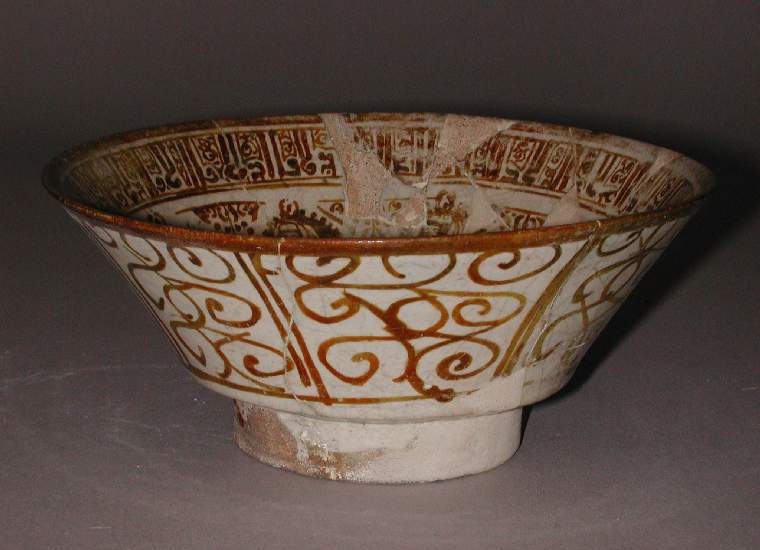 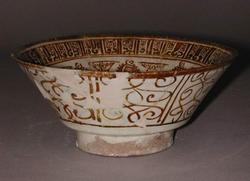 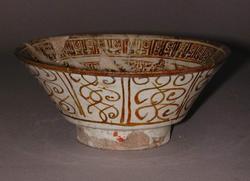 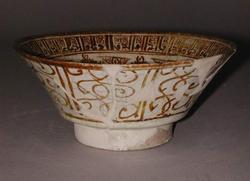 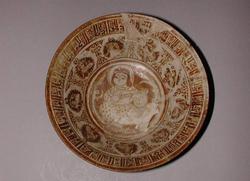 Fritware with white glaze and painted in lustre

Buff fritware, wheel thrown, covered with an opaque white, slightly crazed glaze painted in yellow-brown lustre
Shape: finely potted conical bowl with carination, plain rim and foot ring.
Interior: rim is painted in a band of lustre below which a frieze of Arabic script (kufic) is interspersed with scrolls. On the body, a frieze alternately incorporates sphinx in medallions, painted in reverse against a lustred background, and roughly drawn arabesques comprising dots and lines in lustre. The central roundel contains a single seated musician playing a lute, wearing a head dress and a spotted robe; painted in reserve against a lustred background including leafy scrolls.
Exterior: a frieze of lustre scrolls, with groups separated by double vertical lines and enclosed above and below by a concentric band; all painted in lustre . The clear glaze runs over the body to the upper foot ring, splashes of lustre are also on the foot ring.