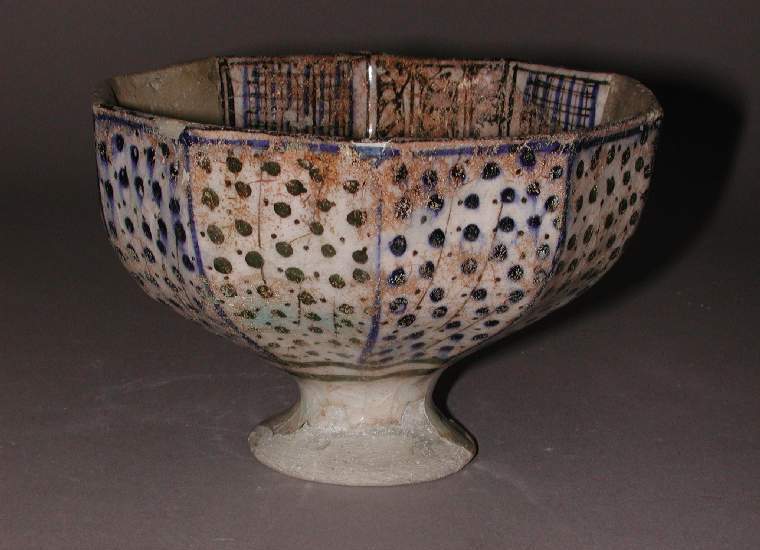 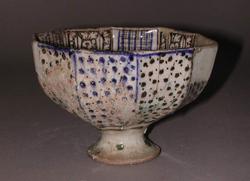 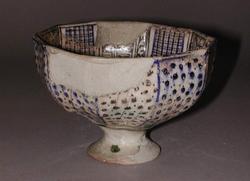 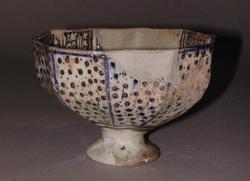 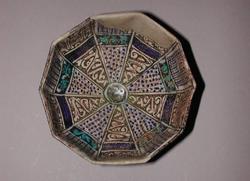 Fritware painted in black, blue and turquoise under a clear glaze

Buff fritware, moulded, painted in black, blue and turquoise under a clear, slightly crazed glaze
Shape: polygonal cup standing on a splayed stem foot
Interior: the rim is painted black above ten wedge shaped panels, containing alternating tri-partite designs, which radiate from a central blue dot containing a rosette. One set of panels contain Arabic script painted in black on the upper section (where it is floriated and kufic) and lower section (cursive), are separated by a narrow blue band. The other panels contain blue and black cross-hatching in the upper section and blue dots with black lines on the lower section, separated by a narrow band containing turquoise leaves reserved in blue. Glaze runs over stem and onto base, with a spot of glaze on the underside.
Exterior: a panel design, containing black or blue dots and black vertical lines, radiates from a pair of concentric black lines on the lower body. The glaze runs over the foot ring, where a series of green dots are painted. A small spot of glaze is present on the interior foot ring.