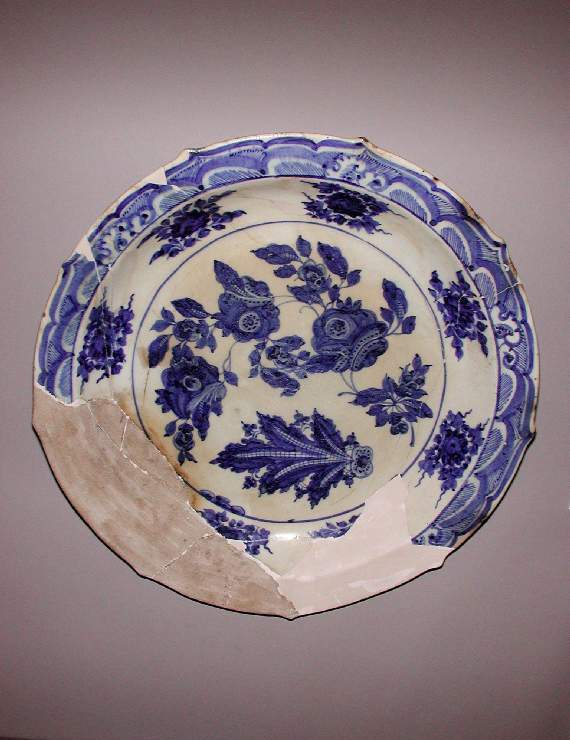 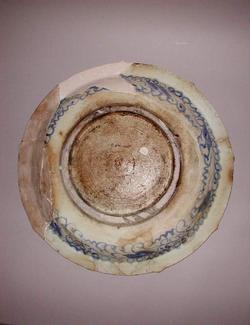 Buff fritware, mould made, coated in a white slip painted in two shades of blue under a colourless glaze.
Shape: segmental bowl with an everted foliated rim, sits on a low foot ring
Interior: on the rim a rock and wave pattern, on the cavetto seven floral sprays (although one more may have existed on original but is now replaced with plaster). In the roundel, delineated by a concentric line, a scrolling floral spray and a leaf spray.
Exterior: on the body, floral buds and scrolling lines. Glaze covers the surface except for the rim of the foot ring.

colourless, covers the entire surface except for the rim of the foot ring Glaze
Fritware

Moulding : Fritware, mould made, coated in a white slip painted in two shades of blue under a colourless glaze
Glazing (coating)
Slip-coating