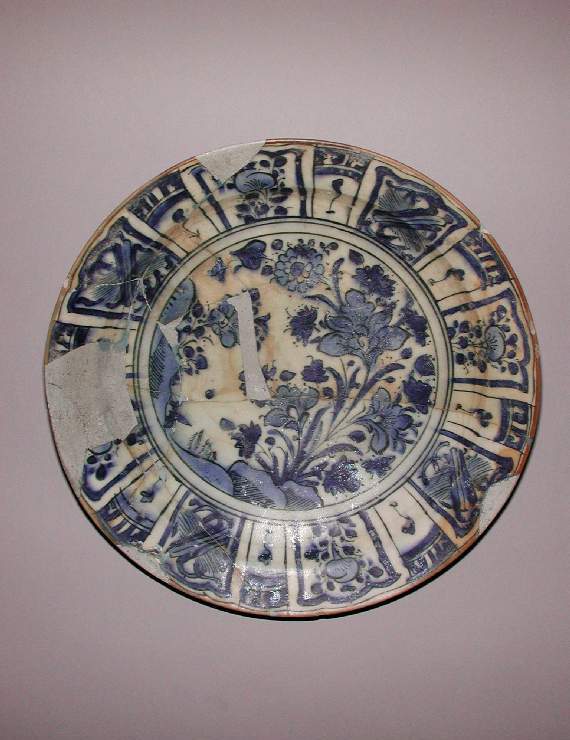 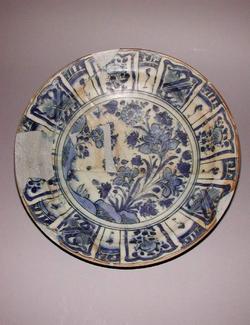 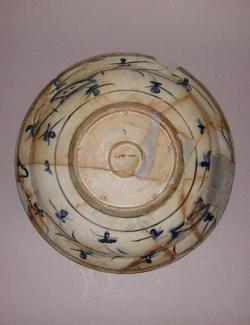 Buff fritware, probably mould made, coated in a white slip painted in blue, black and brown under a colourless glaze.
Shape: segmental bowl with an everted neck and rim, sits on a foot ring base with recess on the underside
Interior: rim is painted brown; the remainder is painted sketchily in blue and outlined in black. On the upper body kraak style panels, alternately containing floral designs or abstract patterns of diagonal lines, are separated by a single stylised flower below a linear pattern. In the roundel one large and one small floral spray sprout from a rocky landscape.
Exterior: a frieze of roughly drawn stemmed flowers is contained within concentric lines. A spot of blue is on the underside of the foot ring but there is no mark. Scars around the foot ring indicate the use of a stacking device during firing.