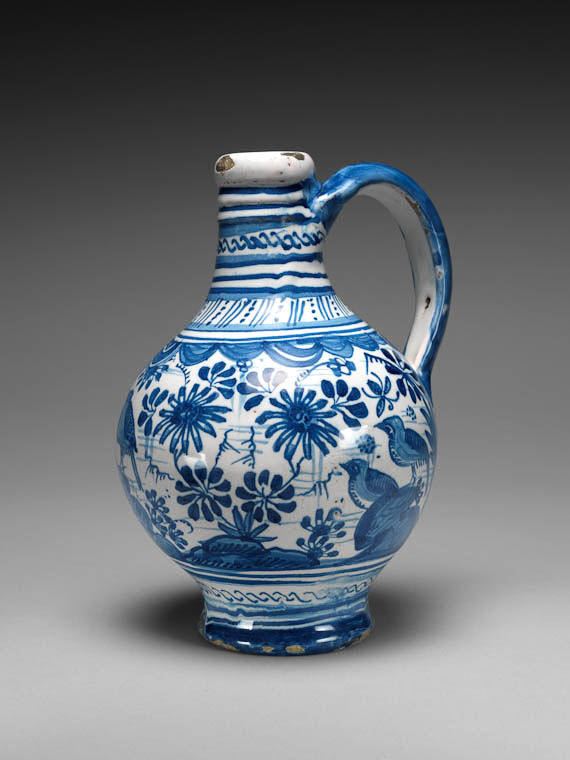 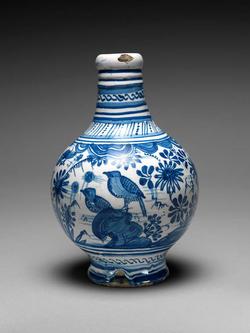 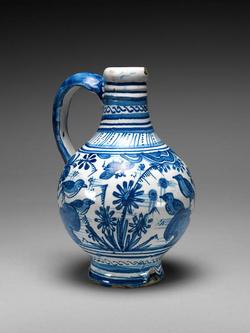 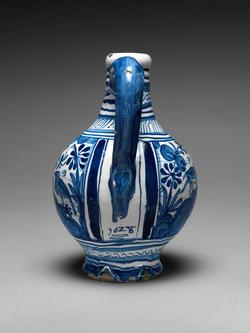 Tin-glazed earthenware bottle painted in blue with 'birds-on-rocks' pattern in late Ming style, and dated 1628 below the lower terminal of the handle

Buff earthenware, thrown, tin-glazed, and painted in blue. The bulbous body stands on a low foot which is concave in the centre underneath. It has a narow cylindrical neck with a rounded rim, and a loop handle which is concave on the inside and convex on the outside. The sides are decorated wth birds standing on rocks with flowers, a flying insect and a butterfly. Below there is a row of slanting Ss between horizontal bands and above on the shoulder, slanting stripes and dots between horizontal bands, and on the neck slanting Ss between horizontal bands. On either side of the handle there is a broad blue vertical stripe, and below it the date '1628'. The exterior of the handle is blue.

Method of acquisition: Bought (1931) by Sotheby's

Probably made at Christian Wilhelm's pottery at Pickleherring, Southwark 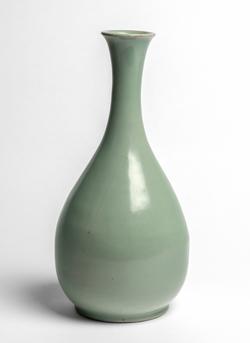 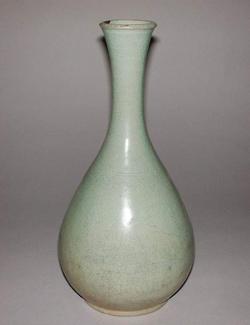 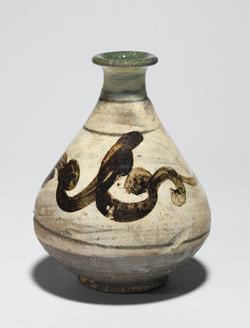 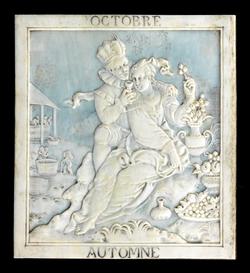