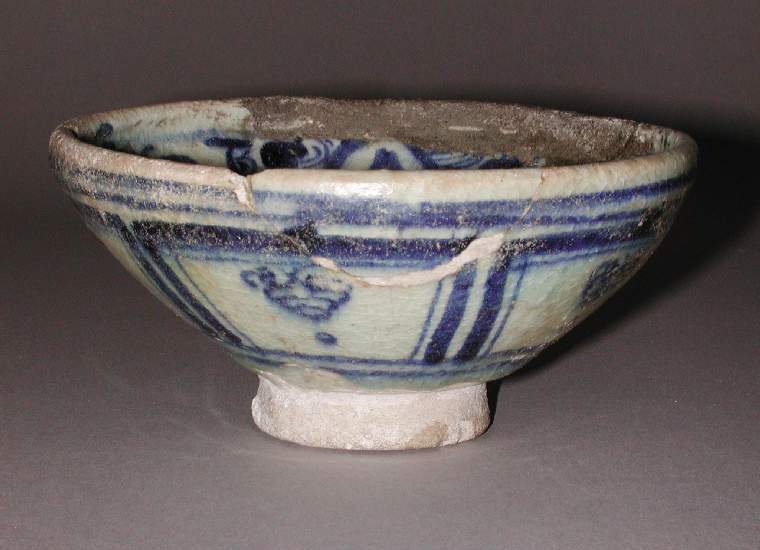 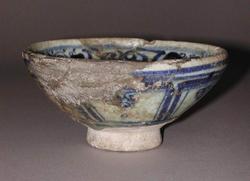 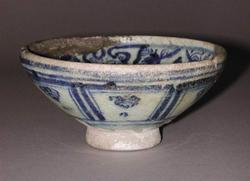 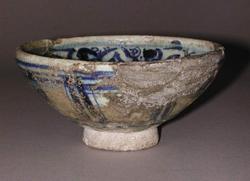 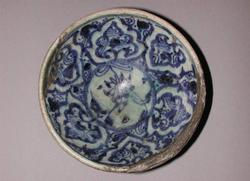 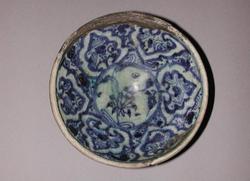 Fritware painted in blue under a clear glaze

Fritware, wheel thrown, painted in blue under a clear glaze with a greenish tinge.
Shape: hemispherical bowl with slightly in-turned rim sitting on a low foot ring.
Interior: On the body, palmettes, with alternating orientation, contain lines and a stylised bird. On the base, a roundel contains a lotus flower head and leaves on long stems. Glaze is pooled slightly in the base.
Exterior: a pair of concentric lines on the neck sits above a frieze with panels containing stylised flower heads and dots. Glaze runs over the surface to a point above the foot ring on the lower body.

Throwing : Fritware, wheel thrown, painted in blue under a clear glaze with a greenish tinge.