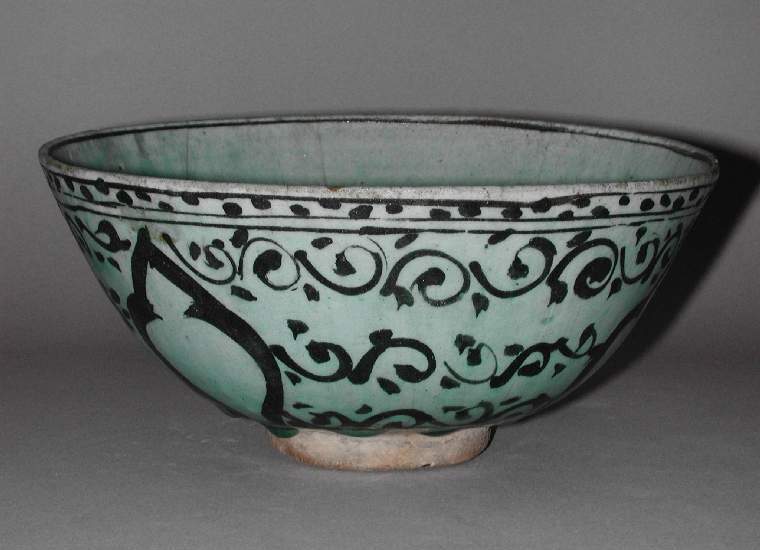 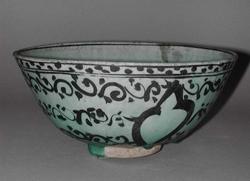 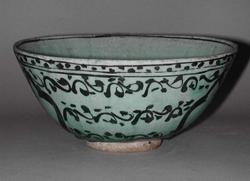 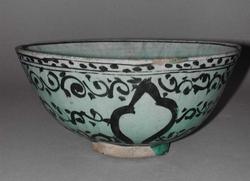 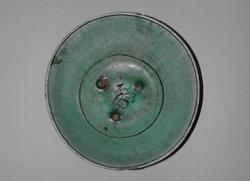 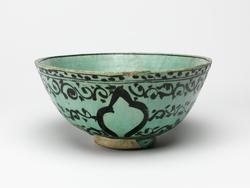 Fritware, wheel thrown.
Shape: hemispherical bowl with a plain rim and a low foot ring.
Interior: the glaze is mottled in colour where it pools more thickly in the bottom of the bowl. Two painted black concentric lines adorn the upper and lower body; within the latter in the centre of the bowl is painted a stylised floral garland with three petals. Three large scar marks in the bottom of the bowl arranged around this pattern indicate the use of a tripod stacking device in the kiln, broken away after firing causing breakage of the glaze and exposing the underlying body.
Exterior: on the neck is painted a frieze of dots is contained within two narrow lines. On the body, also contained within concentric lines, three lines of scrolling vegetation are separated by lobed archways. The glaze runs unevenly over the lower body, forming thick dribbles, leaving part of the painted decoration and most of the footring uncovered. A central patch of glaze is present on the underside of the foot ring.

Throwing : Fritware, wheel thrown. Painted inside and out in black under an incomplete pale turquoise-green glaze.