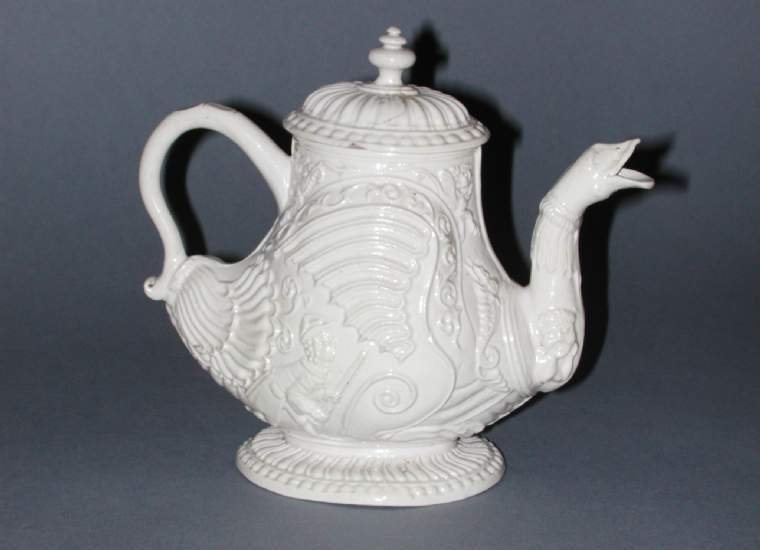 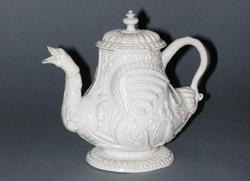 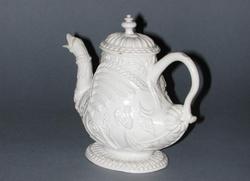 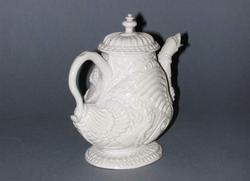 White salt-glazed stonware, slip-cast in a form resembling a seated duck or dragon, supported on an oval foot with gadrooned sides. The spout is in the form of the creature's neck and head with open mouth, and the lower end of the double notched roll handle rests on its tail which is decorated on one side with a shell motif. Both sides are decorated with wings in relief, and below them on one there is a man with a gun, and on the other, a woman holding a plant. On either side of the lower part of the spout there is a mask, and the spaces on the sides are filled by scrolls and grotesque creatures. The domed oval cover has a vase-shaped knob surrounded by gadrooning, and a brder of beading.