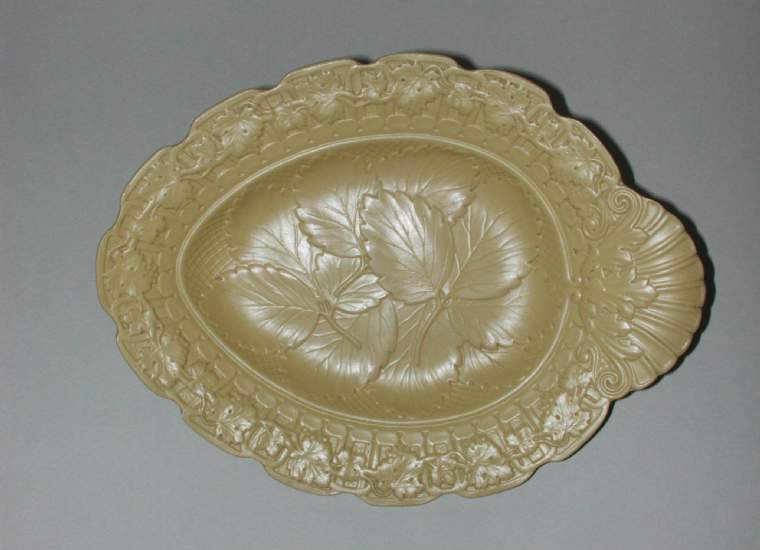 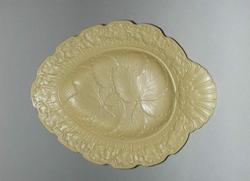 Press-moulded dessert dish, egg-shaped with indented edge and wide sloping rim, standing on an oval footring. The wider end of the dish extends to form a handle, moulded in the form of a stylised shell emerging from scrolled leaves. The well is decorated with vine leaves laid over each other over a net background. On the rim, a continuous spray of fruiting vine winds over a rectangular trellis, interrupted by the handle. The underside, inside the foot-ring, is flat and smear-glazed.

Given by Mrs Joan Eve

Relief moulded, smear-glazed stoneware was a popular material for domestic items in the mid 19th century The surface makes the most of the way that colour-stained clays show off crisply-moulded ornament, whilst the stoneware would be durable in an everyday setting. There are several examples in the Fitzwilliam Collection, including jugs and a candlestick.. The design of this dish suggests it was made in the 1830s or 40s.

William Ridgway & Co. (from 1845, Ridgway and Abington) was a significant producer of moulded, smear-glazed products, but the dish is unmarked and may equally have been made by another pottery, such as Minton, Charles Meigh or William Brownlow. 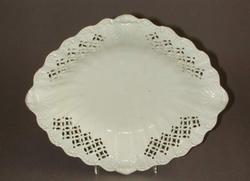 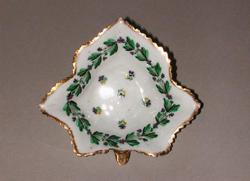 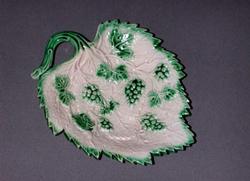 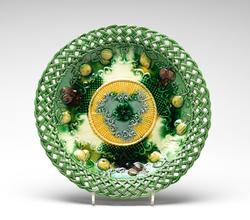