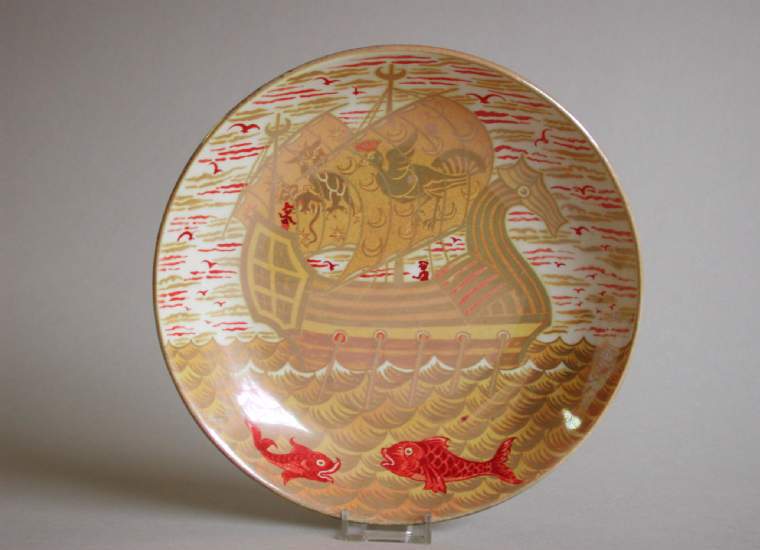 Circular dish with deep curved sides. The whole surface covered with a design in shades of silver-yellow, showing a five-oared galleon with two square sales on a wavy sea. The prow of the ship has a dragon head and the sails are decorated with fantastic birds. The sky is silver-yellow streaked with ruby, suggesting the red sky of sunset or sunrise. There are ruby birds in the sky, two ruby fish in the sea, and two tiny ruby people aboard the galleon. The outside of the dish has three concentric bands of silver-yellow. There are three further bands on the underside, which is flat and glazed, with a thin foot-rim.

Given by Sir Ivor and Lady Batchelor, 1992

Charles Passenger joined William De Morgan as a decorator, in 1877, and his brother Fred followed in 1879.With Frank Iles (kiln-master from c. 1873), they became De Morgan’s partners in 1889. When De Morgan’s pottery closed in 1907, the brothers and Iles set up their own business in Brompton Road, which ran until 1911. By agreement, they continued to use De Morgan’s designs, attaching a printed label which read ‘guaranteed designed by Wm De Morgan and executed by his original craftsmen’. William De Morgan tiles with similar galleon designs (perhaps decorated by the Passenger brothers) date back to the 1870s, but as there is no De Morgan mark, this piece may date from the later period. 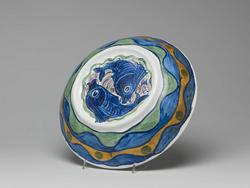 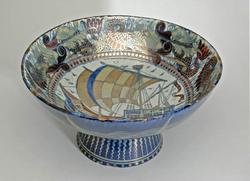 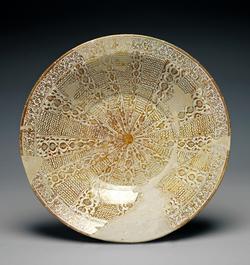 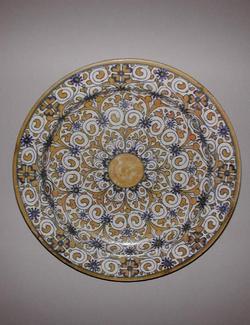