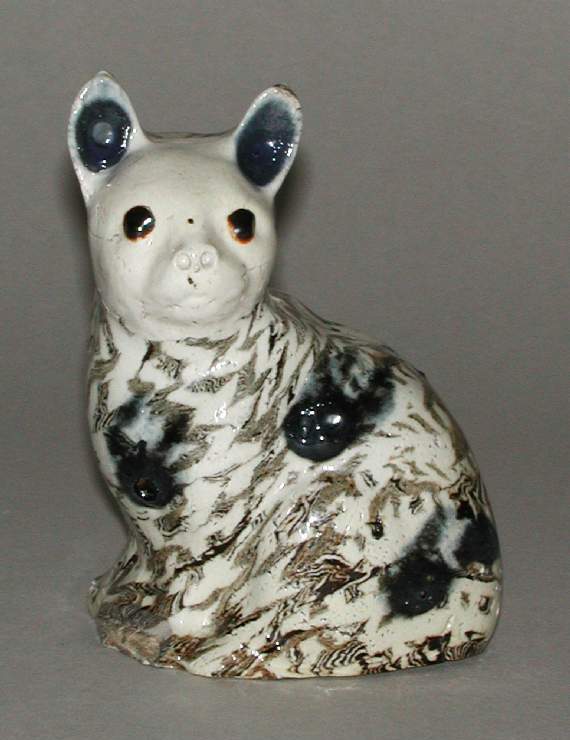 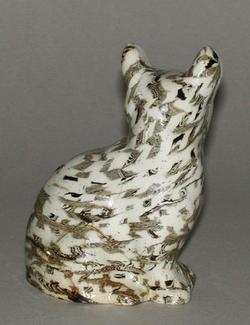 Agate stoneware press-moulded, coloured in places with slips and salt-glazed.

Agate stoneware made from cream, grey and brownish-black appearing clays, press-moulded, decorated with brown and blue-stained slips and salt-glazed. There is no base and the figure is hollow. The sitting cat has its head turned at a right-angle to its body. Cream-coloured clay is used for the face of the animal. There are four patches of blue-stained slip on the front of the cat and one inside each ear. The eyes of the cat are marked with brown slip.

Cats were the most common animal figure to be produced in salt-glazed stoneware with examples made from agate-ware being particularly common. There are numerous examples of cats that are comparable to this one with agate bodies, white faces and splashes of blue colour in their ears and over their fronts. Such cats were traditionally dated to around 1740 but are now dated closer to 1760.

Press-moulding : Cream, grey and brownish-black clays have been wedged together to create an agate-effect body which has been press-moulded in two halves, along with a piece of plain cream clay for the face of the cat; splashes of brown slip and blue-stained slip have been applied to parts of the cat and the figure has been salt-glazed, leaving it with the pitted ‘orange peel’ surface texture typical of salt-glazed wares
Slip painting Salt-glazing 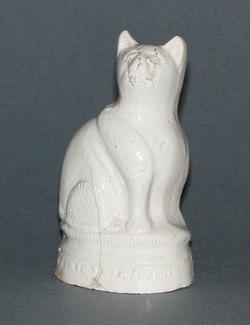 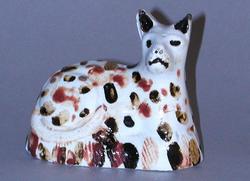 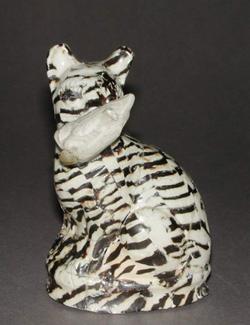 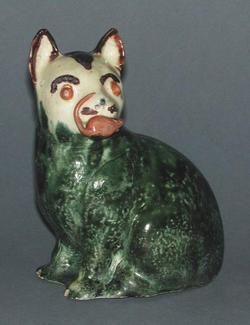 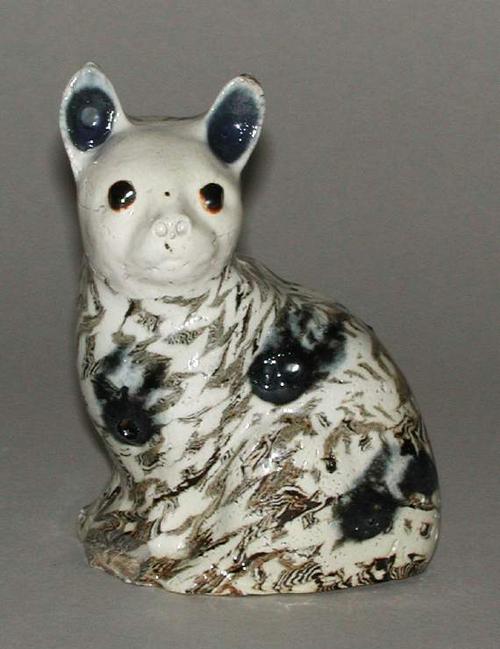