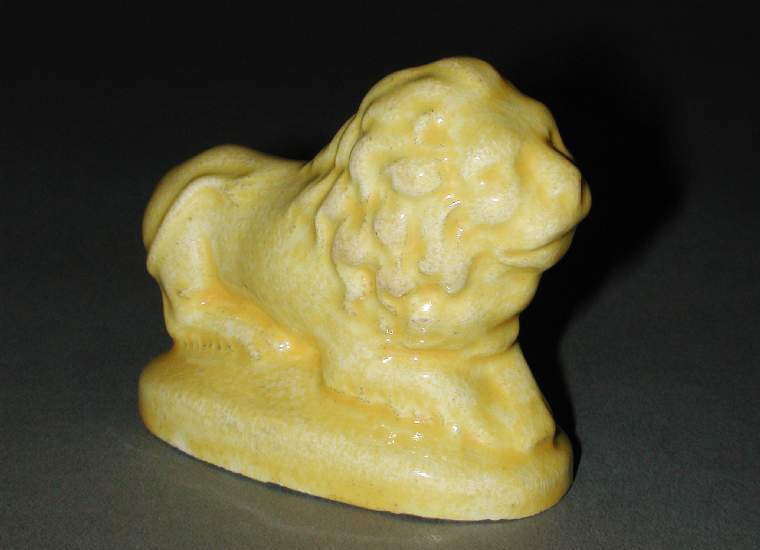 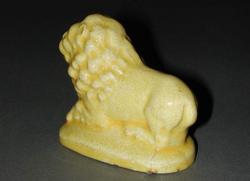 Small animal figure of a lion resting, forepaws together, on a slightly domed oval base. The underside is open and the whole piece has been dipped in a lemon yellow glaze.

Small, simply modelled and plain glazed figures of animals and birds, like this one, were cheap to produce and popular. More complex pottery lions were also made, sometimes colour glazed but more often painted under or over a clear lead-glaze. The Fitzwilliam collection holds several based on classical examples.

Yellow glazed earthenwares were produced by a number of English potteries during the late 18th and early 19th centuries. The yellow colour of earlier examples was produced from a mix of litharge (lead monoxide), antimony and tin or lead ash, with proportions varied to produce different tones. From around 1830, chrome pigment became available as a simpler alternative. Very few pieces of yellow-glazed ware are marked, but those that are show that makers included at least nine Staffordshire potteries, including Wedgwood, Spode, Enoch Wood and John Shorthouse, as well as potteries in Rotherham, Leeds, Newcastle-on-Tyne and Sunderland. 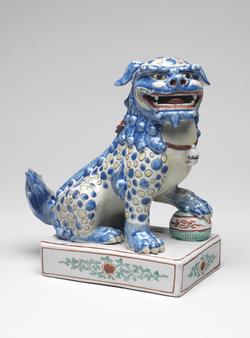 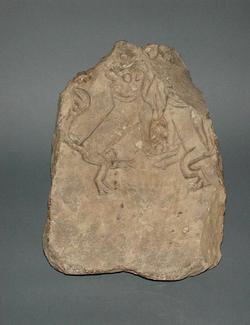 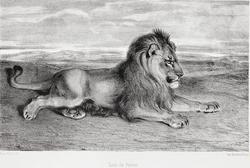 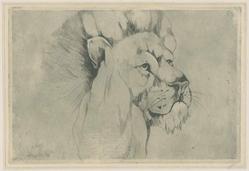 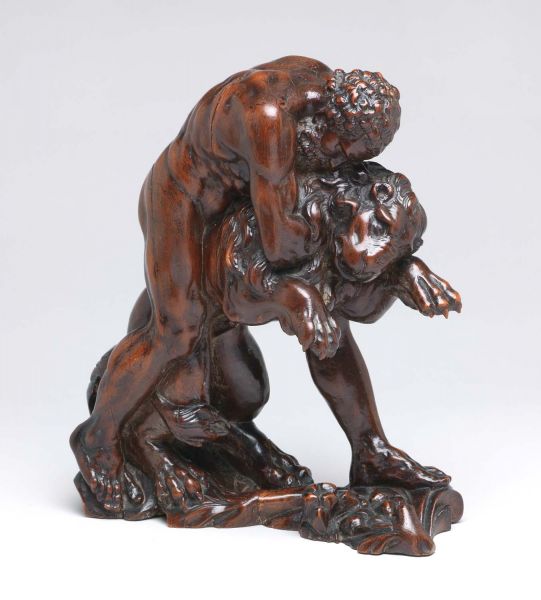 The Lion of Nemea