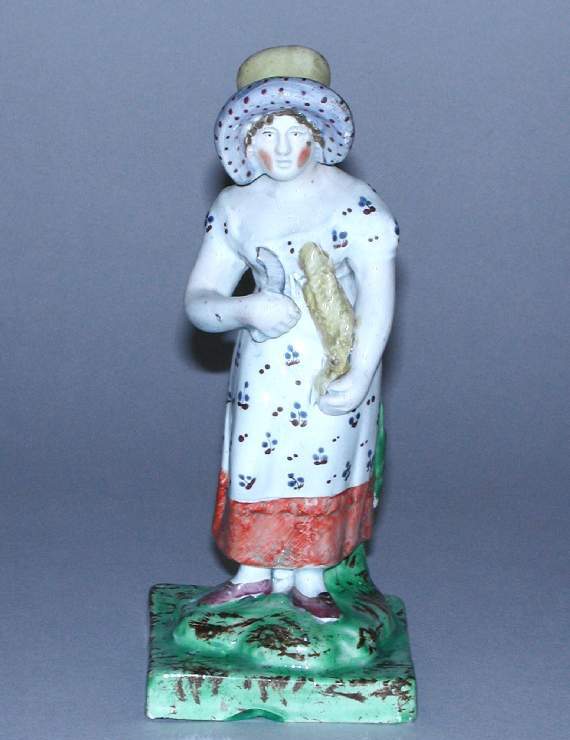 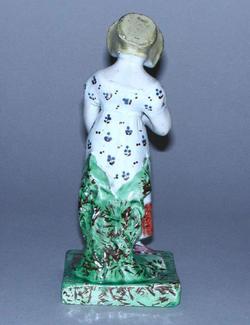 White earthenware figure of a woman holding a sheaf of corn in her left hand and a sickle in her right. Her yellow poke bonnet is lined with brown spots on a mauve ground, and her curls show at the front. She wears a white dress with a red-brown and blue sprig pattern over an orange petticoat and brown shoes. She stands on a green mound against a green bush, both streaked with brown, set on a low square base of the same colours. The underside is recessed and glazed, with an off-centre vent hole. The glaze is tinged blue.

Pearlware figures decorated with enamels were in production by 1780. They were generally made at smaller potteries and are rarely marked. A cheaper alternative to porcelain figures, they drew on a variety of 3-D sources, including sculpture and porcelain figures. Classical, biblical, mythological and literary subjects were popular, as were animals and representations of rural life, seasons and trades. From the early 19th Century, potters turned also to more original scenes from everyday life and topical events. Bodies are moulded, often with moulded or modelled parts added and bases formed separately. However, these early methods were relatively costly and by c.1835 they had largely given way to three-part press-moulding, allowing mass production of figures for a growing market.

Personification of the seasons were well known from Classical times, with summer often represented as a young woman holding a sickle and ears of corn. Staffordshire potters varied this traditional theme by modelling everyday rural men and women. 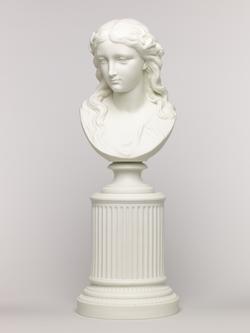 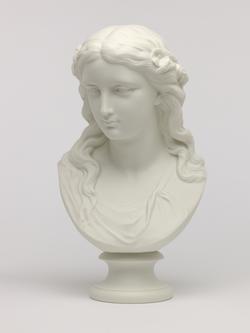 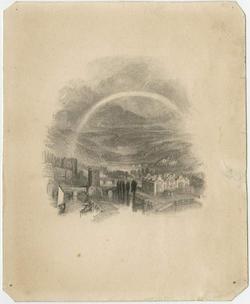 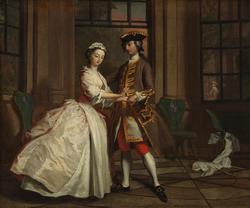 Pamela and Mr B. in the summer house