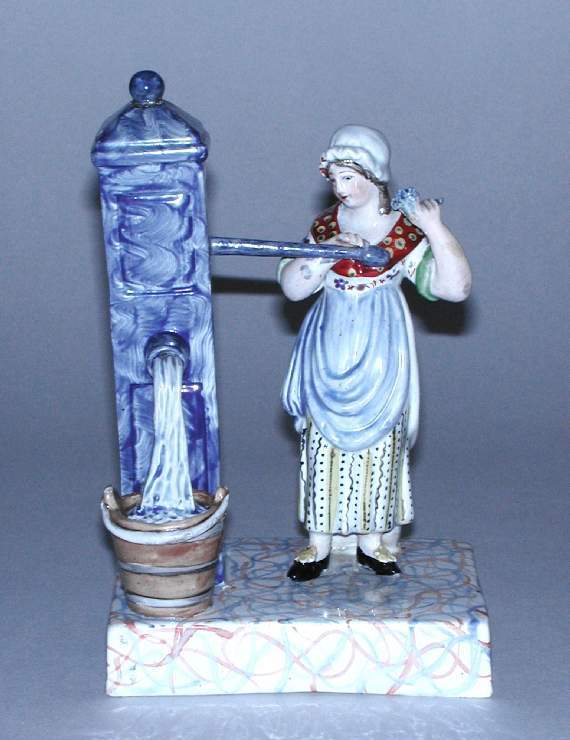 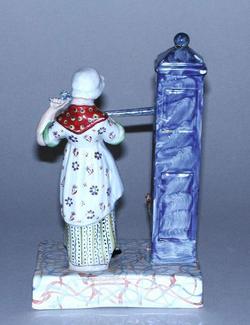 Earthenware figure of a girl working a pump. She stands to the right, holding the handle in her right hand, and the water flows into a bucket in front of the pump. She wears a mob cap, a red scarf with yellow spots, a pale blue apron tucked up and a flowered dress over a skirt with wavy red, blue spot and yellow stripes; her shoes are black with yellow rosettes. She holds a ladle (?) in her raised left hand. The pump is painted dark blue, with a stiff brush to suggest iron. The back is fully shaped and decorated. The base is a rectangular plinth painted with pale blue and red curved lines, to imitate marble. The underside is recessed and glazed with an off-centre vent hole.

History note: Captain Reynolds Collection, London, sold to Messrs Gill and Reigate. Bought by Mr Stoner, London, from whom purchased in 1910 by Dr J.W.L. Glaisher, FRS, Trinity College, Cambridge. Dr Glaisher paid £125 for this and fourteen other pieces, as part of a purchase of 35 figures and figure groups.

Pearlware figures decorated with enamels were in production by 1780. They were generally made at smaller potteries and are rarely marked. They drew on a variety of sources, including sculpture and porcelain figures. Classical, biblical, mythological and literary subjects were popular, as were animals and representations of rural life, seasons and trades. From the early 19th Century, scenes from everyday life and topical events were also common. These early figures are moulded, perhaps with moulded or modelled parts added, the bases often formed separately. After around 1810-1820, figures are often more vibrantly coloured and by c.1835 earlier methods had largely given way to three-part press-moulding, enabling cheaper production of figures for a growing market.

This figure perhaps stands for ‘water’, as part of a series representing the elements. The rectangular base, together with the number of modelled parts and detailed painting in muted colours, suggests an early 19th century date. 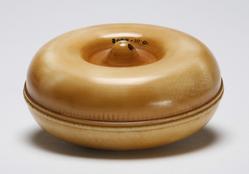 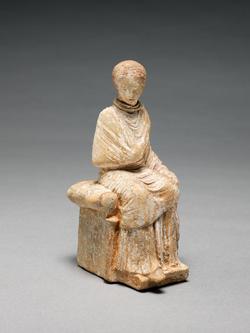 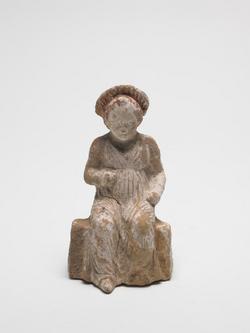 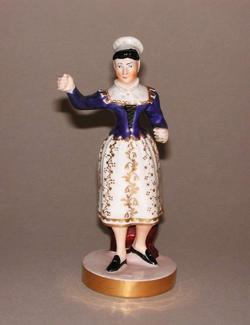 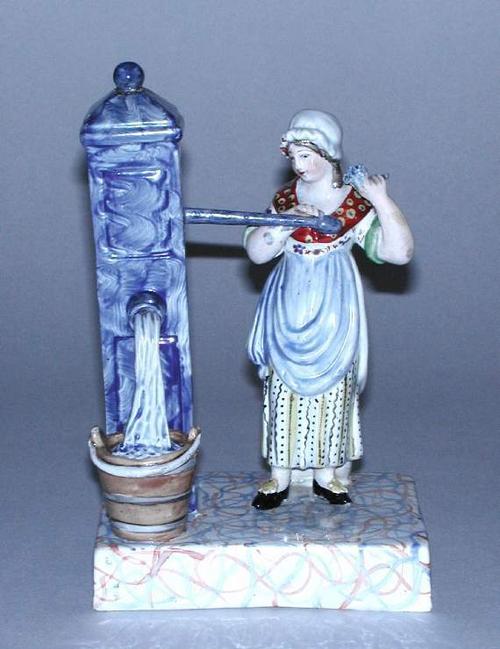