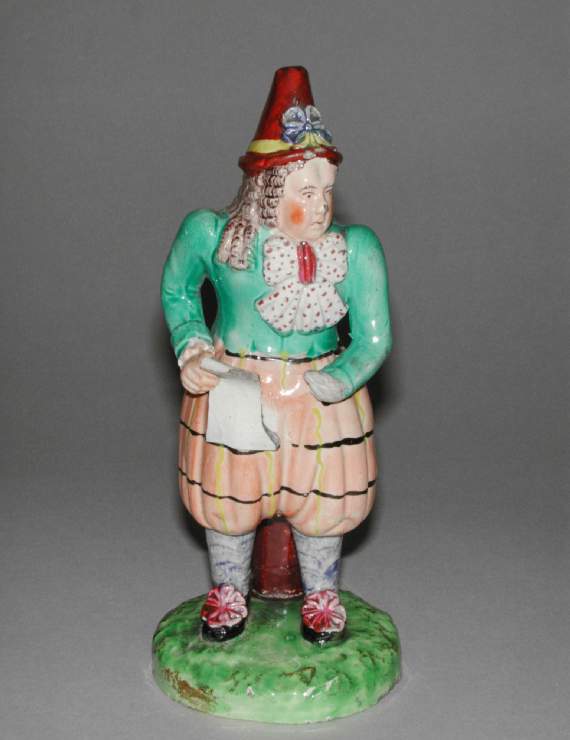 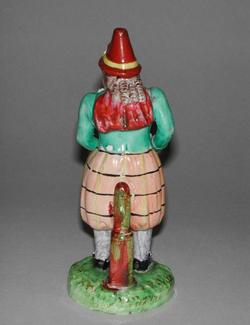 Earthenware figure of the actor John Liston in character, He wears a conical hat over a lawyer’s wig, a green jacket with red spotted bow at the neck, salmon pink pantaloons, blue stockings and black shoes with red rosettes. He holds a scroll in both hands (partly broken off) and his head is turned to the left, as if in proclamation. He stands against a short post, on a green mound. The back is fully modeled and painted. The underside of the base is recessed and glazed.

History note: From the collection of Percy Fitzgerald Esq., FSA of 37 St George’s Road, S.W.. Bought at Christie’s on 24 January 1908,part of lot 14, by Mr Sutton of Eastbourne for Dr J.W.L. Glaisher, Trinity College, Cambridge. This and a similar but differently-coloured figure were bought for £6.6s (six pound six shillings).

John Liston (1776-1846) was a well known comic actor who performed in London theatres from c.1805-1837. He appeared as van Dunder in John Poole’s comedy ‘ ‘Twould Puzzle a Conjurer’, which opened at the Haymarket Theatre, London, on 11 September 1824. The source for this figure was a coloured lithograph of Liston in nine of his best known roles, originally published in 1826. Six of the other roles are also found in pottery figures.

Other versions of this figure (including one in the Fitzwilliam, C.991-1928) are found with black dress, standing on a square ‘marble’ base which carries an inscription. These have been attributed to Enoch Wood. Although the modelling here is similar, the different colours and base suggest another maker. It was not uncommon for the Staffordshire potters to borrow designs from each other and c.1830 a similar 14cm figurine was also made by Robert Bloor & Co of Derby.

Pearlware figures decorated with enamels were in production by 1780. They were generally made at smaller potteries and are rarely marked. A cheaper alternative to porcelain figures, they drew on a variety of 3-D sources, including sculpture and porcelain figures. Classical, biblical, mythological and literary subjects were popular, as were animals and representations of rural life, seasons and trades. From the early 19th Century, scenes from everyday life and topical events were also common. These early figures are moulded, perhaps with moulded or modelled parts added, the bases often formed separately. After around 1810-1820, figures are often more vibrantly coloured. But by c.1835, these early methods had largely given way to three-part press-moulding, enabling cheaper production of figures for a growing market. 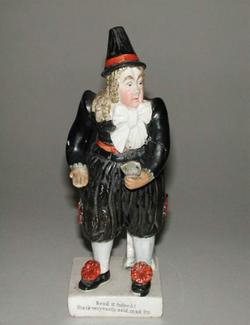 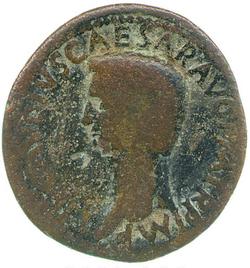 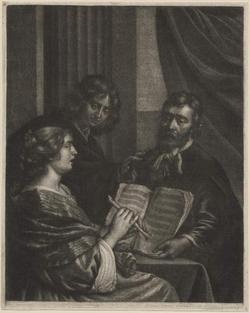 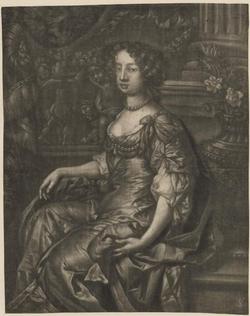 Mary II, Queen of England, when Princess of Orange 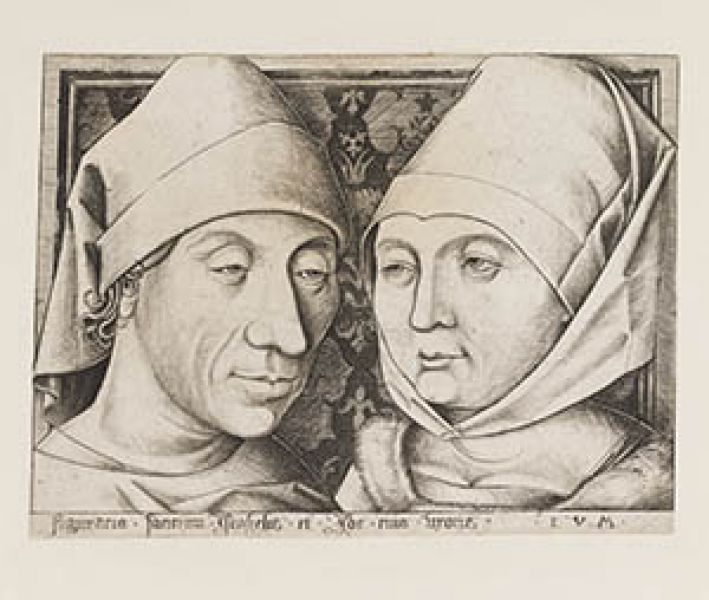 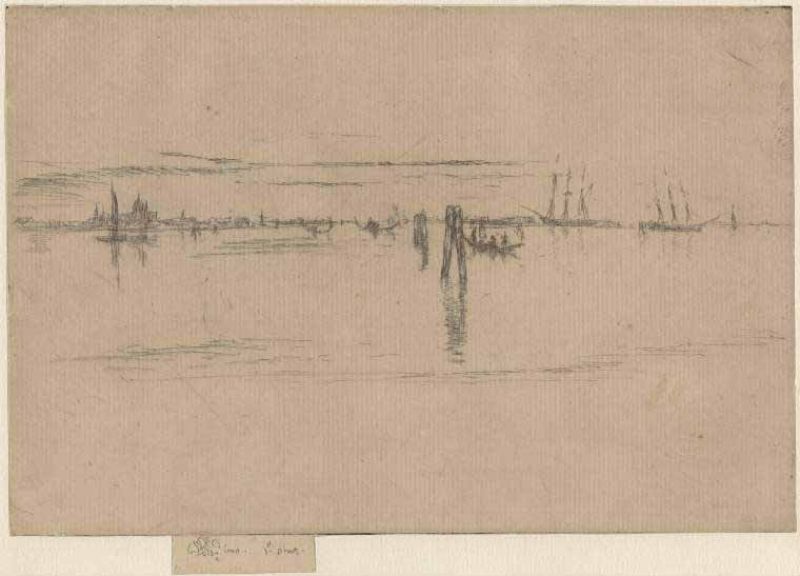 Whistler Prints in the Fitzwilliam Museum