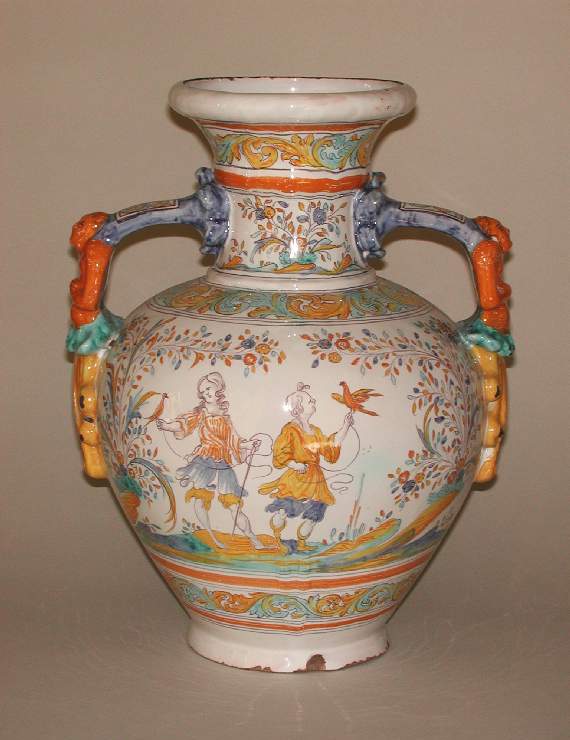 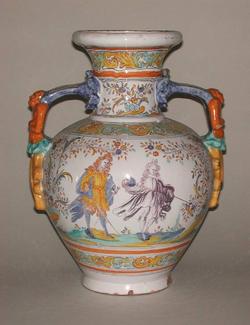 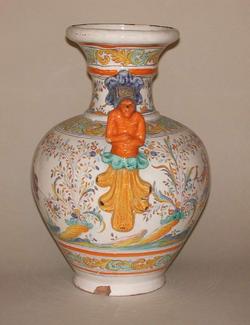 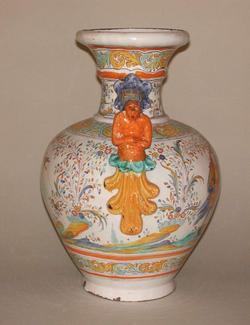 Pale buff earthenware, tin-glazed overall except for the base, and painted in blue, pale green, yellow, brownish orange, and manganese-purple. The glaze is extremely white and shiny, and has crawled slightly in several places inside the mouth. The jar is ovoid with a cylindrical neck, flaring mouth, and two applied angular handles partly moulded with half male figures, which each terminate in a large leaf on the side of the body. One side is decorated with two men carrying long swords and standing between plants with dainty sprays of flowers growing from small mounds. On the other side, a youth and a girl, each holding a bird with string attached to the bird's legs, stand between similar plants. Below there is a border of similar foliage between orange horizontal bands. On the shoulder there is a band of scrolling yellow and pale green foliage between thin manganese-purple bands. On each side of the neck there is an flowering plant springing from a rock, with a small plant and rock on either side. Above, there is a border of scrolling yellow and pale green foliage between orange horizontal bands, and on the tops of the handles, a rectangle containing similar foliage reserved in a blue ground.

This jar was acquired as a late 17th century ceramic from Talavera in Spain. If genuine it would now be dated to the 18th century, but the S on the base indicates that it is an imitation, probably by Samson of Paris, which specialized in decorating and making high-quality imitations of ceramics and other works of art. The firm was founded in 1845 by Edme Samson (1810-1891) in Paris, and he was later joined by his son, Emile Samson (1837-1913). Initially the firm decorated wares made by other factories, then in 1879 acquired a site in Montreuil-sous-Bois, and established a factory making porcelain, tin-glazed earthenware, and enamels. In 1891 Emile's son Léon (1864-1928) joined the firm. 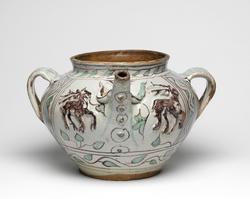 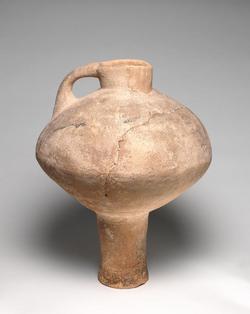 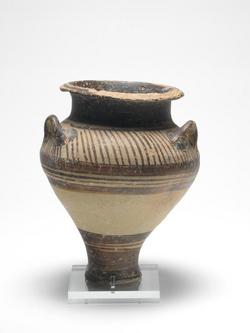 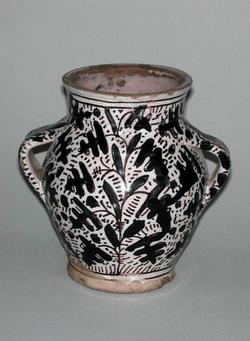 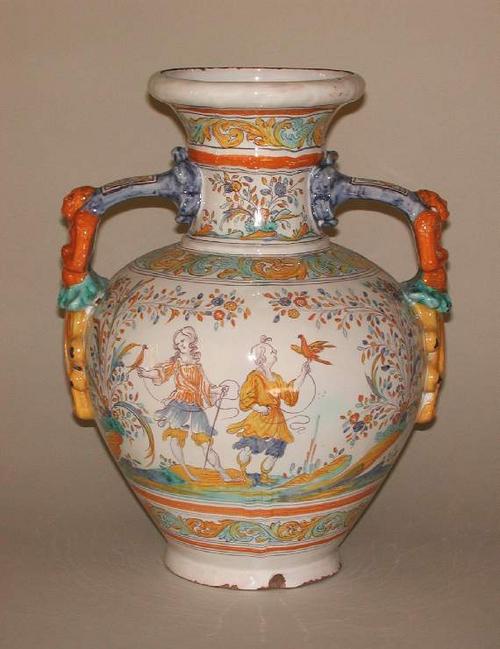