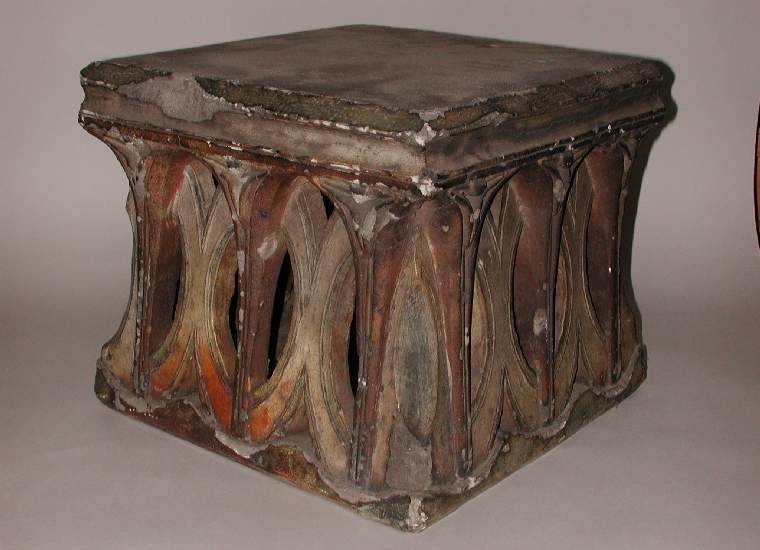 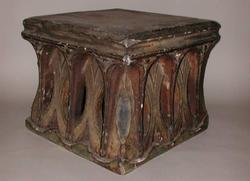 Square, carved and unglazed pedestal (almost a cube), with three arched pillars over an openwork oval trellis pattern on each of its sides. The corners are filled with a carved pattern which mimics the oval trellis. There are incised outlines to the main edges, and traces of tool markings and brown, blue and green colours on the sides. The top is flat and undecorated, except for the maker’s name incised in script; it has a waisted and chamfered edge, 4cm deep. The bottom is roughly made with a large circular hole in the middle. The whole is discoloured and marked as if it has been stored outside.

Early 20th century
Edwardian
Production date: AD/CE 1903 : The owl which stands on the plinth is dated 1903

The owl, 103 cm high, is also in the Fitzwilliam collection.

The plinth was made to support a punch bowl, made to resemble an owl, which modelled by (Robert) Wallace Martin at the Martin Brothers' pottery in Southall. It remained there until it was sold to Dr Glaisher at the 1924 sale which followed Wallace’s death the previous year. The condition of the plinth suggests that it may have been kept in the garden for some years. 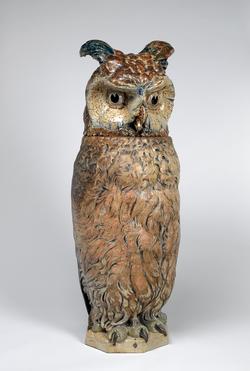 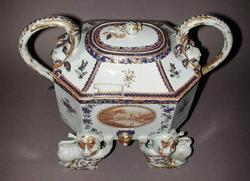 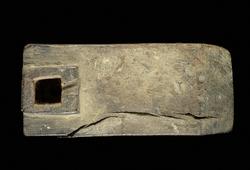 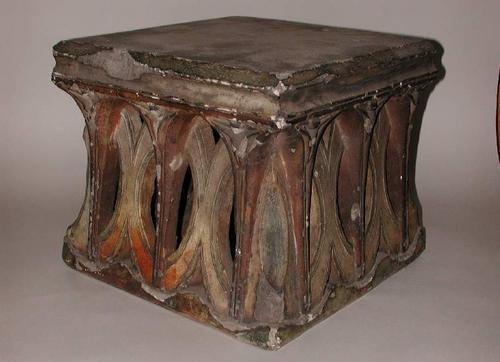