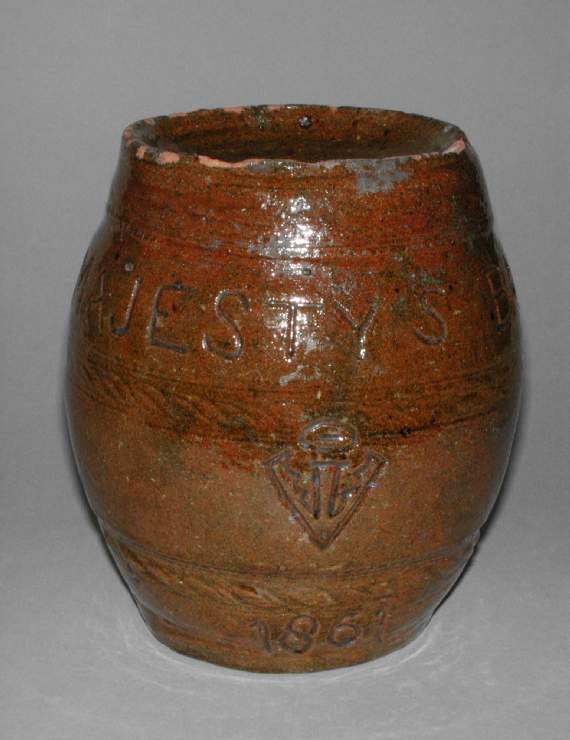 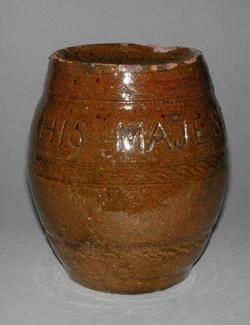 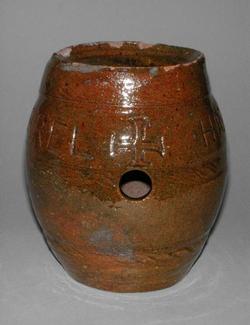 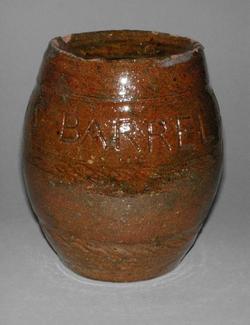 Red earthenware, with incised decoration under greenish-yellow lead glaze. Barrel-shaped with a depression in the top. Decorated with impressions of cords and incised ornament consisting of a pheon, a cross and the words 'HIS MAJESTY'S BARREL 1861'.

This barrel is reputed to be one of the last pieces made at Robert Sibley's pottery in Ely. He had taken it over after his father's death in 1839, and continued to run it until about 1864. Sibley died in 1870, and after that date there were no potter's in Ely. The pheon sign on the barrel was the badge of an eccentric poet and toper, Richard Ramsey Fielder, MA (1812-86) (Jesus College, Cambridge, BA 1848; MA 1851), who lived at the Lord Nelson inn, known as the 'Five Miles from Anywhere: No Hurry', and called himself 'The King of Upware. The pub was a favourite haunt of Cambridge undergraduates in the 1850s and 1860s. Fielder later moved to live at the Cutter Inn at Ely. In 1871 when Dr J.W.L. Glaisher graduated as 2nd Wrangler in the mathematical tripos, Fielder sent him two poems on a sheet entitled 'Cambridge Lyrics. By "His Majesty the King of Upware"' which he had had printed in 1864. At the bottom he drew his pheon sign in black ink, and on the back made a drawing and notes on Saturn's double rings. Glaisher kept this and after he purchased the barrel in 1903, kept the sheetin an envelope beside his catalogue entry for it. Fielder died at Folkestone in 1886 leaving a widow, Eliza Ann Fielder, who died in 1892. 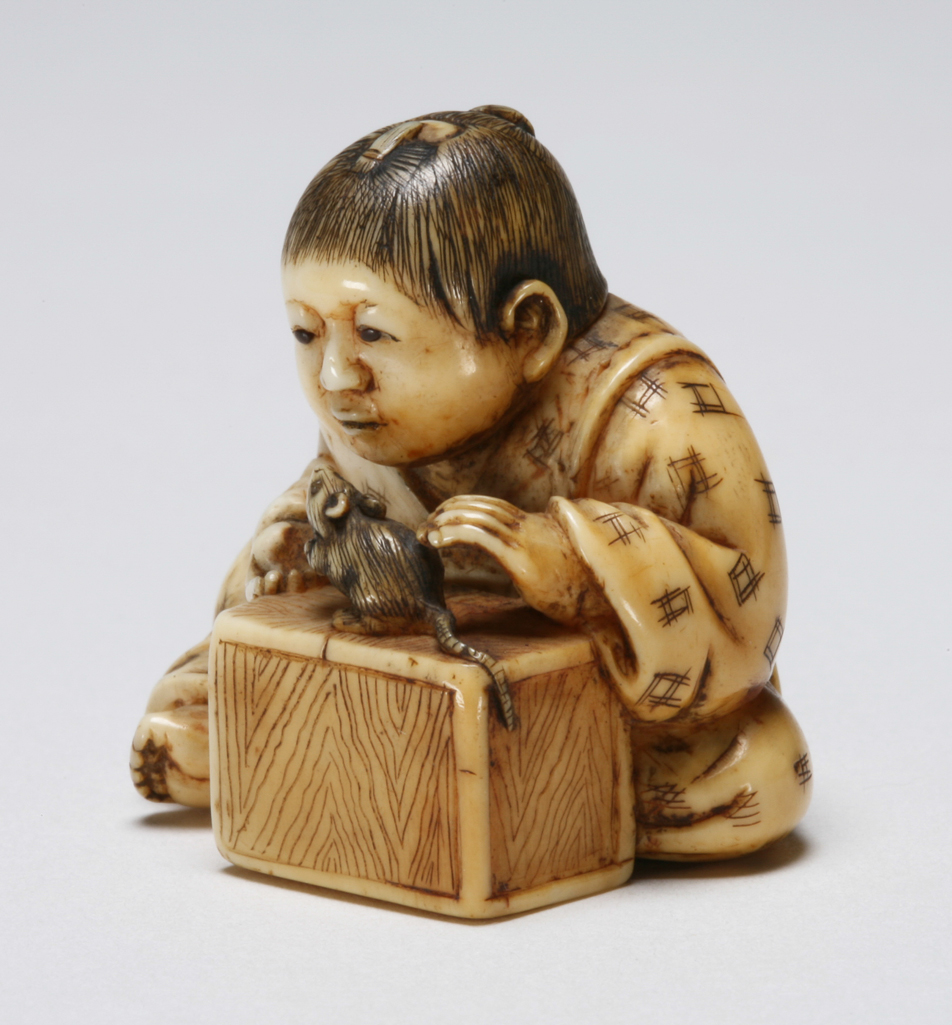 A child in a patterned robe playing with a rat 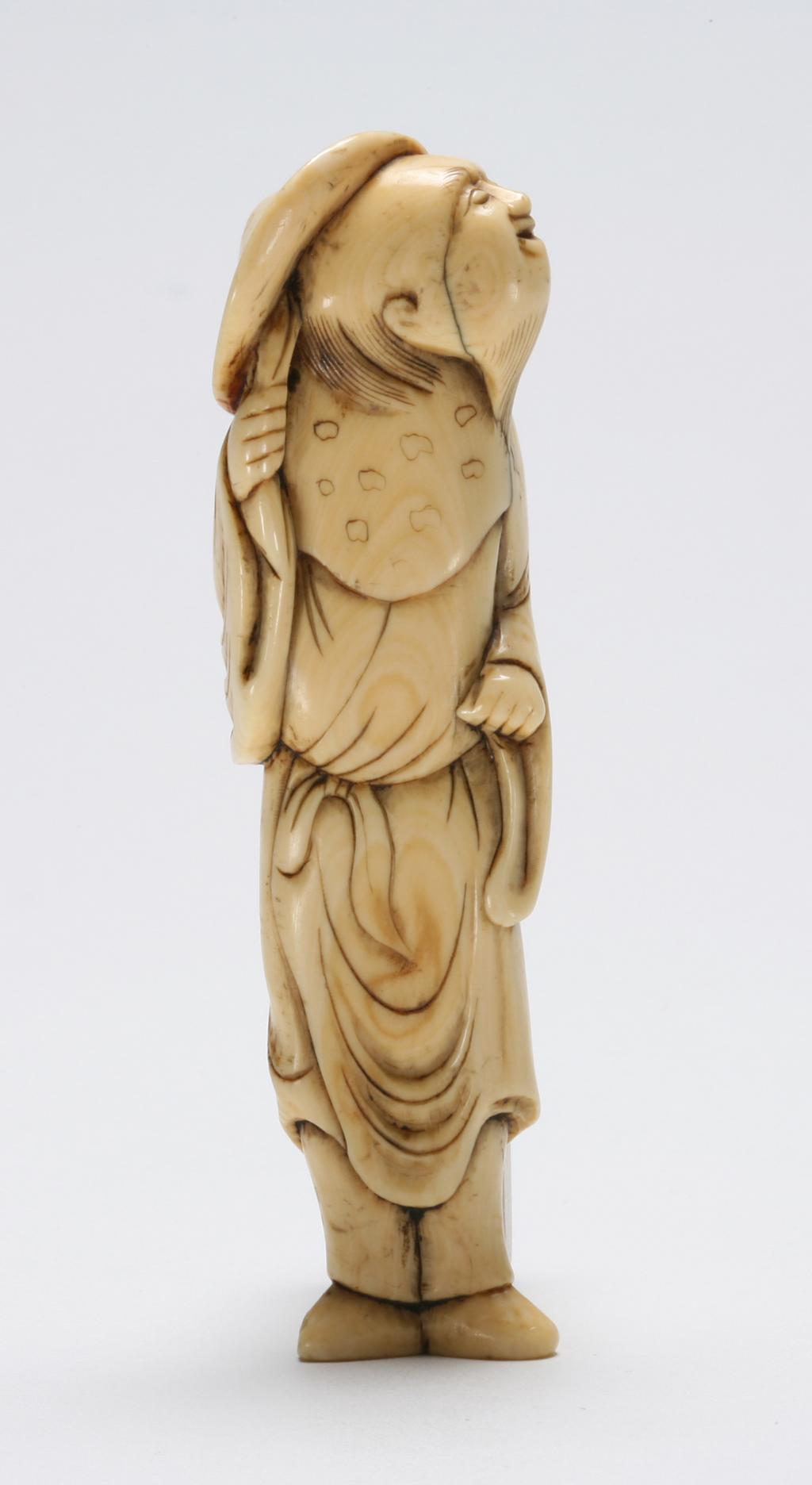 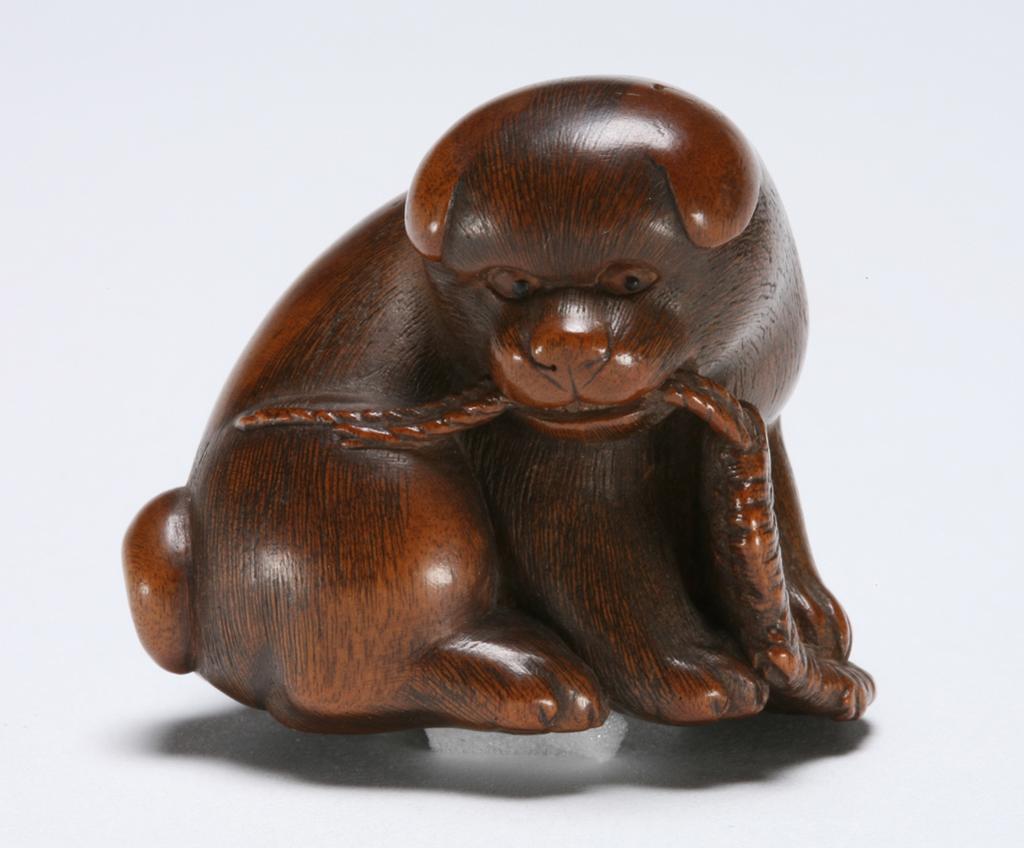 A puppy holding a straw sandal in its mouth