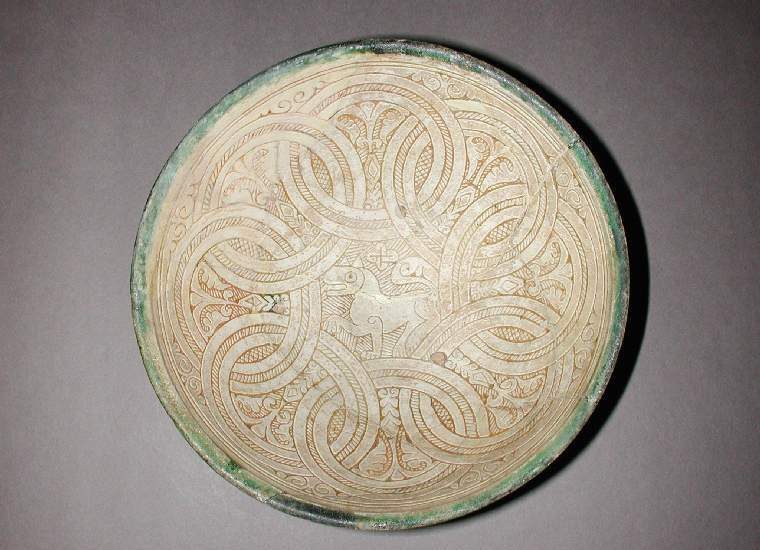 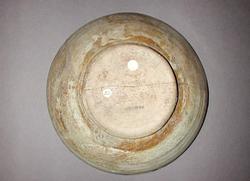 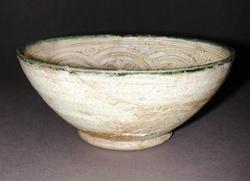 Earthenware incised through a cream slip, painted in green under a clear glaze

Brown earthenware, wheel thrown, incised through a cream slip, coloured green on the rim and covered with a clear glaze.
Shape: conical bowl with slightly convex body, plain rim and disc base
Interior: the rim is coloured with a green pigment. The body is coated in a white slip incised with interlocking circles containing arabesques on a hatched ground. Enclosed by these circles, on the base, a stylised lion and knotted cross are also incised through cream slip on a hatched ground. The slip covered with a thin, colourless glaze. Three scar marks on the base indicate the use of a tripod stacking device during kiln firing.
Exterior: the green pigment on the rim continues onto the exterior. A cream slip covered in a colourless glaze coats the surface from just below the rim to the lower body.

History note: Found in a hoard also containing silver ware and textiles near Reyy in 1925

Found near Rayy in a hoard

Throwing : Brown earthenware, wheel thrown, incised through a cream slip, coloured green on the rim and covered with a clear glaze.

Inscription present: two circular paper labels adhered to the exterior base one blank and the other hand written in black 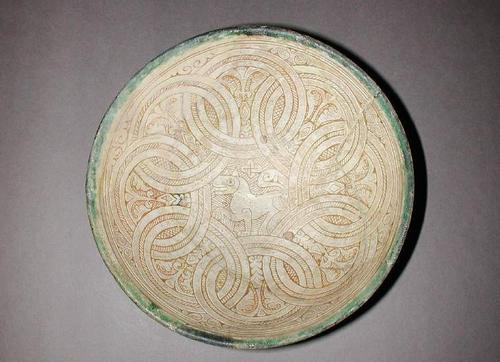