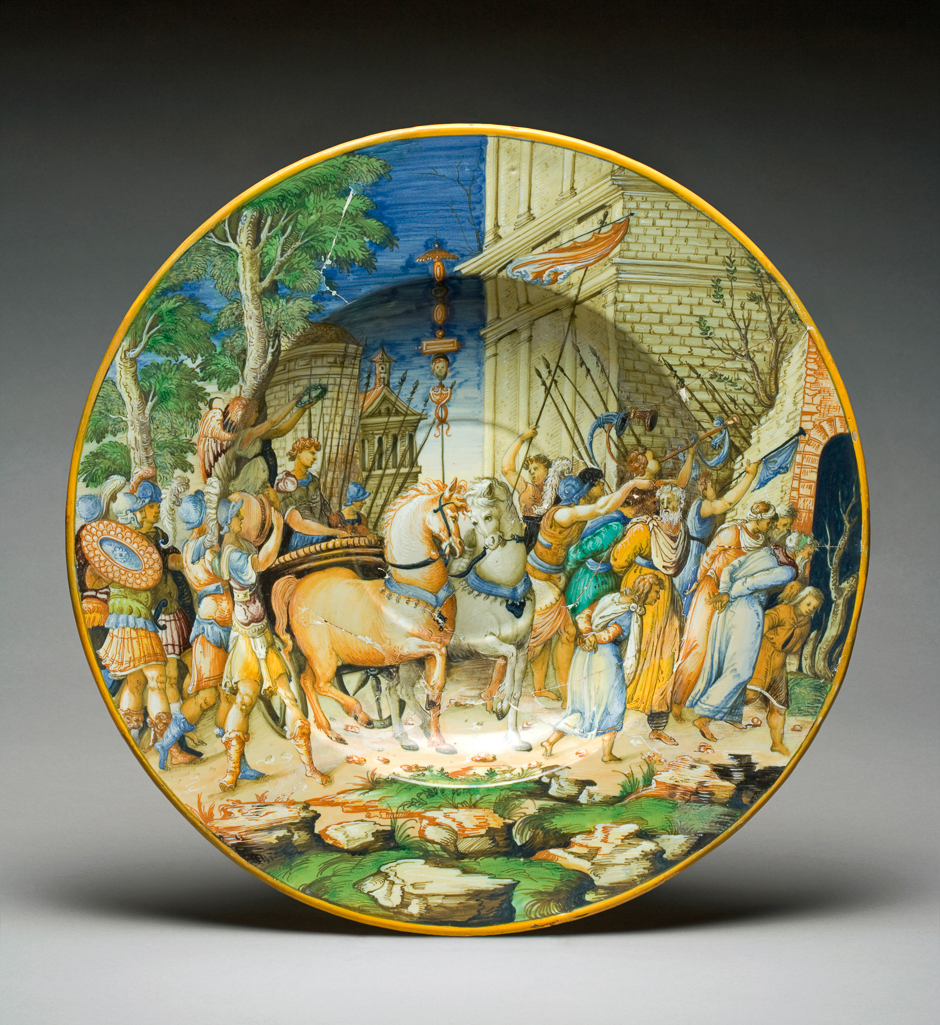 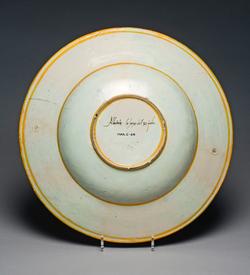 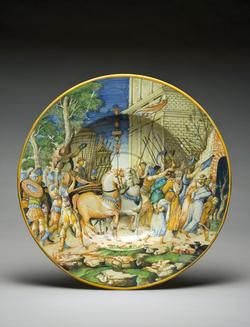 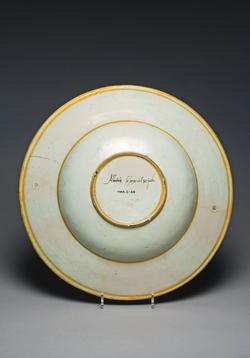 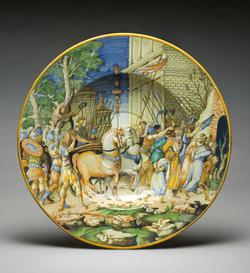 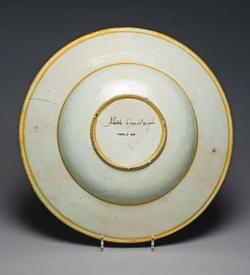 Maiolica dish, painted in polychrome, with A Triumph over the Forces of King Juba.

Earthenware, tin-glazed overall; the reverse is pale beige and has crawled in two places. Painted in blue, green, yellow, orange, stone, brown, manganese-purple, black, and white. Shape 59. Circular with wide sloping rim and deep well, slightly convex in the middle, standing on a footring.
A Triumph over the Forces of King Juba. On the left, a Victory holds a wreath over the head of Caesar, who is seated in a chariot drawn by two horses and accompanied by five soldiers. A group of captives with their arms tied behind their backs walk in front of the chariot. Behind them there are two standards, trumpeters, and the lances of soldiers who have moved on out of sight, and further back two trees, a rotunda, and a larger building with three orders of columns applied to its facade. In the foreground there are rocks and grass. The rim is yellow. The back is inscribed in the middle in black 'Abbatute le forze del Re juba' (King Juba's forces defeated). There are single yellow bands inside and outside the footring and round the shoulder, and two round the edge. 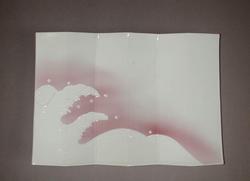 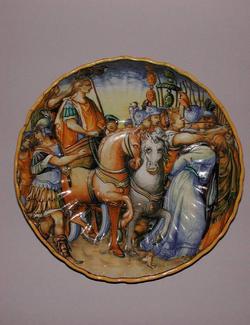 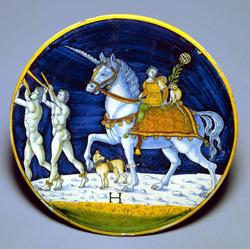 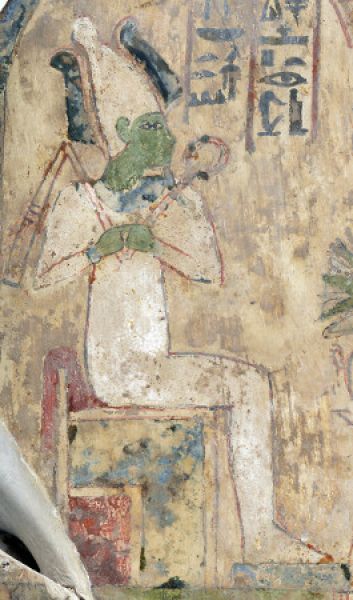 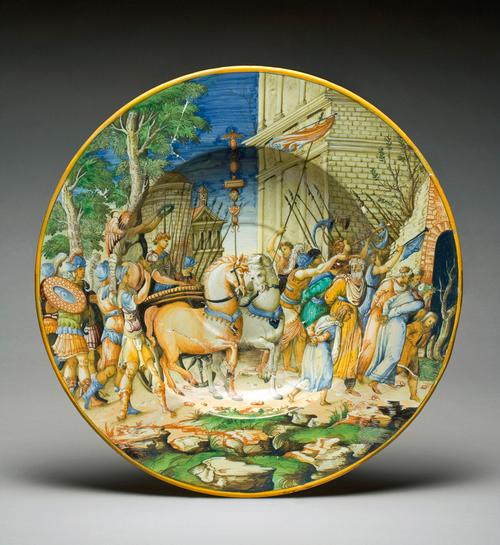