Pale buff earthenware, tin-glazed overall. Painted in blue and with slightly lustrous yellow.
Section of a bowl with a deep well and broad rim, of approximately shape 60.
Part of a central medallion containing leaves and semi-circular motifs, surrounded by three bands and a zone of scales with a band above. On the rim, pointed yellow rays with blue shaded edges alternate with buds on stems, bordered by a yellow band between two blue, and a yellow band. On the back there are two spaced yellow concentric circles.

History note: According to a label accompanying a group of fragments including this one given by R.C. Bosanquet they were 'Mostly bought at Orvieto; some pieces (marked P at back) from Perugia. The Orvieto pieces, with a few exceptions were found in excavating foundations for houses near the Cathedral.' Robert Carr Bosanquet (1871-1935), the Director of the British School of Athens, passed through Orvieto with his wife, Ellen Sophia (née Hodgkin) in July 1904, signing the visitors book in the Museo dell’Opera del Duomo on 26th, and then went on to Perugia, where he purchased some small Etruscan bronzes which he gave to the Fitzwilliam at the same time.

Given by Professor R.C. Bosanquet

Dishes decorated in lustre and blue with borders of pointed rays are usually attributed to Deruta, but the finding of fragmentary dishes decorated with this border at a kiln site in via della Cava, Orvieto, might indicate that some lustreware found in Orvieto was made there rather than having been imported from Deruta. A feature of this fragment and those found in via della Cava which may be significant is the thick blue shading on one side of the rays, which is not found on all examples of this border. 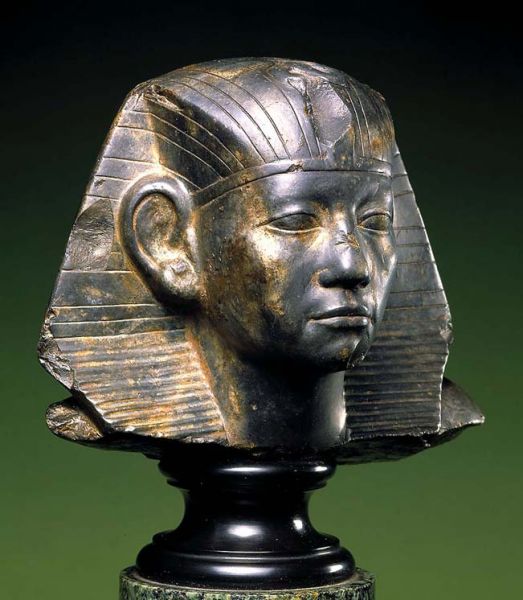