Diana with Nymphs and Hounds returning from the Hunt: M.5-2002 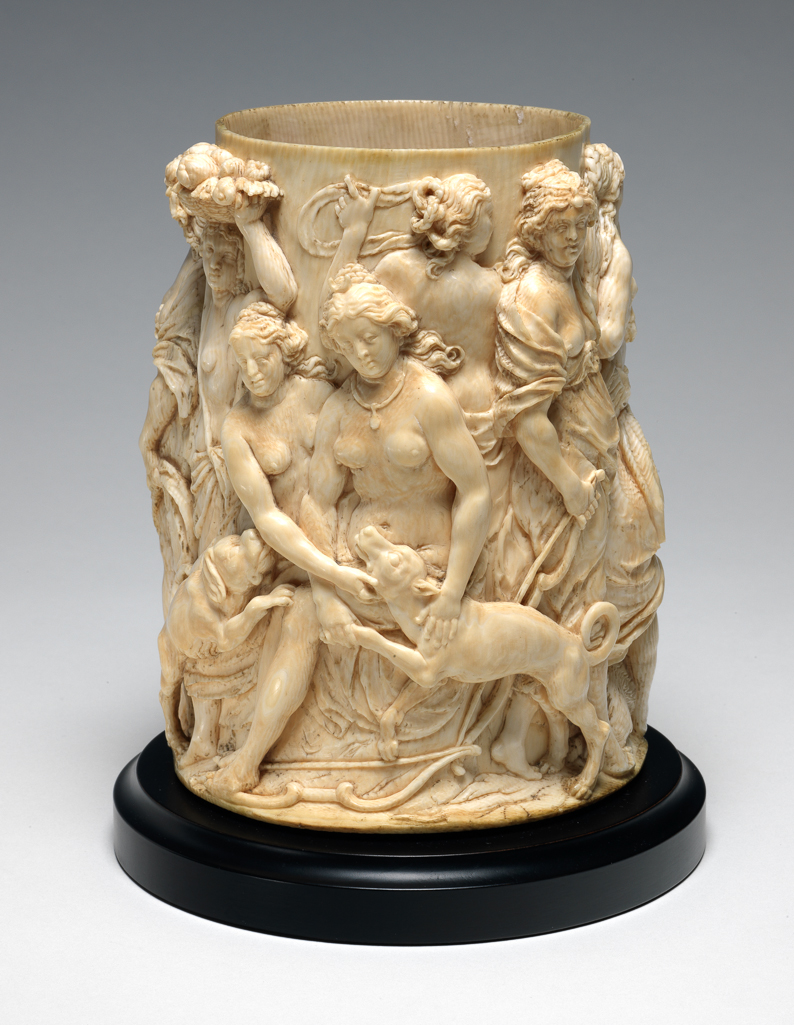 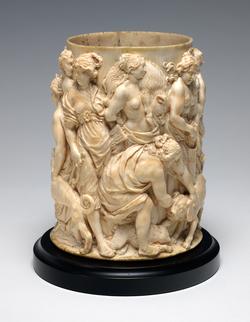 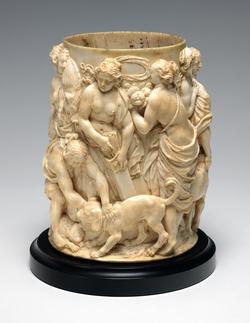 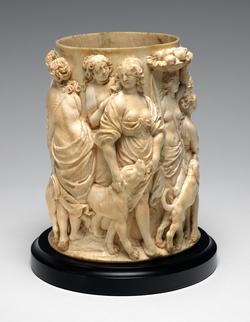 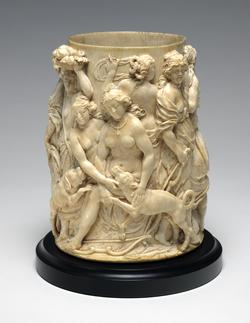 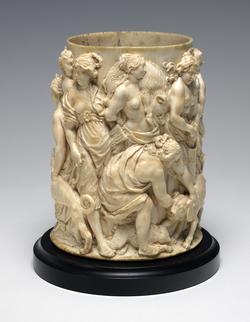 Diana with Nymphs and Hounds returning from the Hunt

Tankard or beaker body carved in high relief on the exterior with the Goddess Diana with Nymphs and Hounds.

Tankard or beaker body: the Goddess Diana with Nymphs and Hounds returning from the hunt. Ivory, carved in high relief on the exterior at the bottom. The goddess Diana, accompanied by nymphs and hounds. The nude goddess, identified by a crescent moon on her head, is seated on a draped rock(?) with her bow on the ground in front of her. Another hound stretches across a companion seated beside her, and paws Diana's knees. Behind Diana is a partly visible nymph with her back to the viewer. Proceeding leftwards round the cylinder there is a half-naked nymph supporting a basket of fruit on her head with her left hand and holding a bow in her right; a nymph in a decolleté robe, patting a hound with her right hand, and behind her, another putting her right hand on the other's right shoulder. Beside her a partly clad nymph with her back to the viewer is holding flowers. The next faces front and holds a quiver, and beside her another bends down to hold back a hound from a dead rabbit on the ground at her feet. Above, half visible is a nymph with a boar over her left shoulder, and next to her, another holds a bow. All the nymphs have long hair dressed in coiled plaits and ringlets.

Purchased with the Perceval Fund, and a contribution from the National Art Collections Fund. 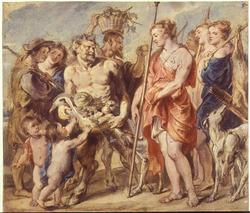 Diana and her Nymphs returning from the chase (After Rubens) 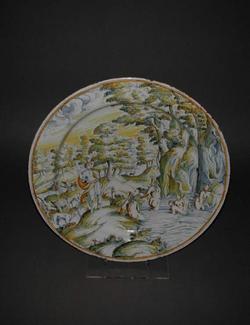 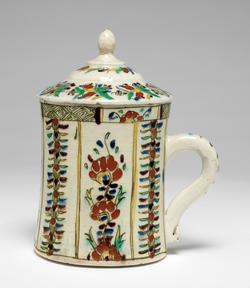 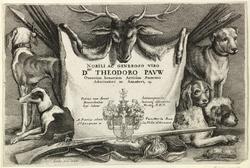 Titlepage with hounds and hunting equipment 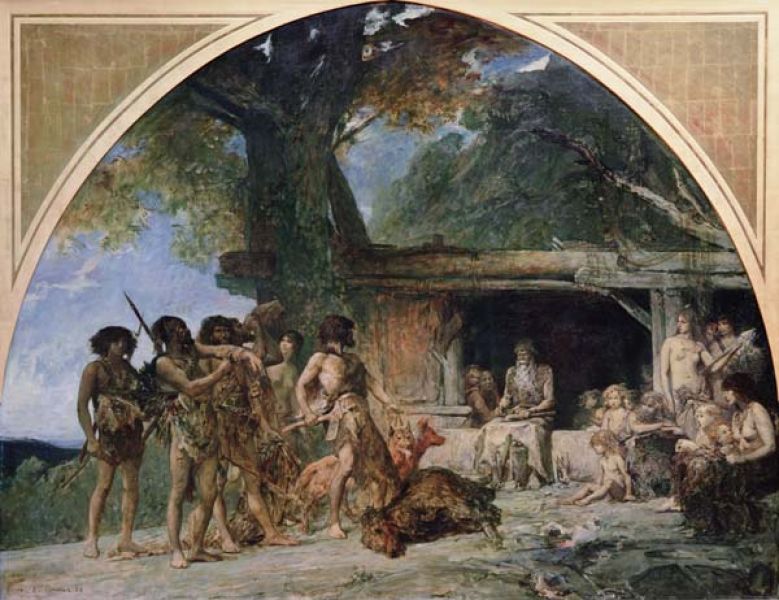 The Stone Age: Return from a Bear Hunt 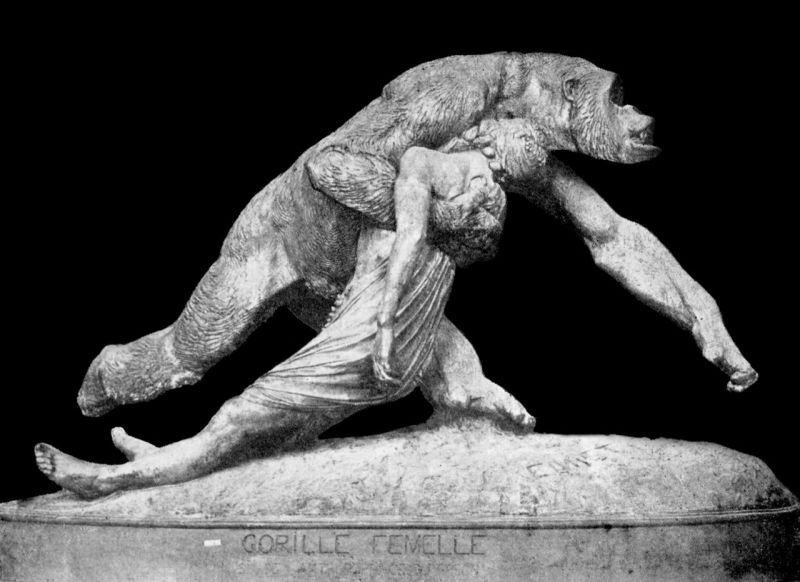 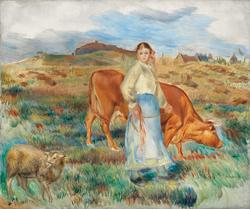 Diana with Nymphs and Hounds returning from the Hunt 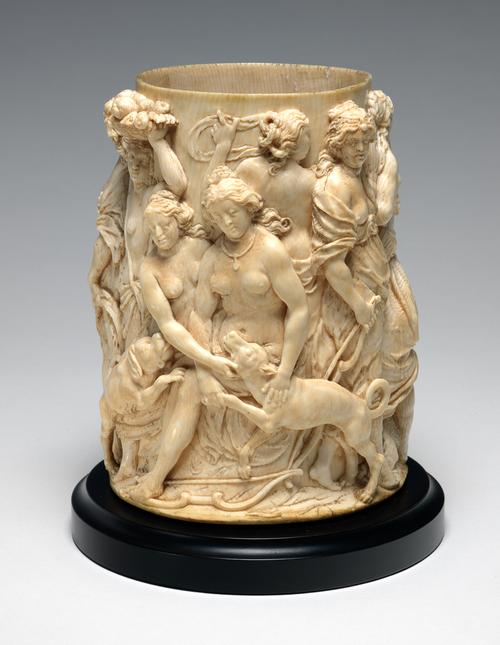