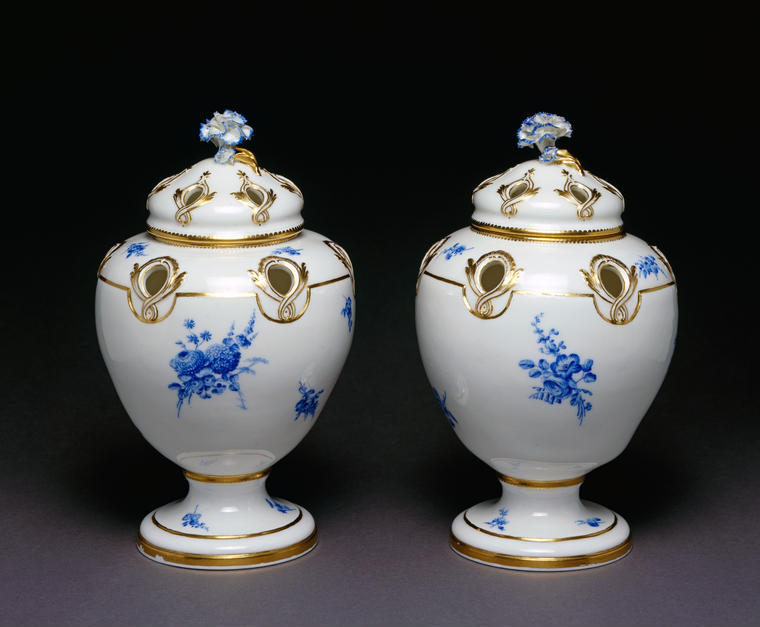 Soft-paste porcelain with pierced shoulders and cover, painted in blue enamel with sprays of flowers, and gilded

Soft-paste porcelain painted in blue enamel and gilding. The vase stands on a circular pedestal foot. The ovoid body contracts above the widest point to the circular mouth thus forming a shoulder. The domed cover is surmounted by a finial in the shape of a large and a small carnation on a stem. The shoulder of the vase, and the cover, are each pierced with six oval apertures surrounded by stylised foliage in low relief. The shoulder of the vase is at a slightly lower level that the rest of the body and is divided from it by a gold band with curves below the apertures. The white ground is decorated with sprays of flowers in blue enamel, and the carnation finial is touched with blue. There are two bands of gilding round the foot and serrated bands round the junction of the foot and body and round the lip and on the edge of the cover. The moulding round the apertures and the stem of the finial are gilded.
A pair with C.13.1 & A-1947.

History note: The late Duke of Kent; Christie's, 13 March 1947, Old English Furniture and Fine Porcelain, the property of Her Royal Highness the Duchess of Kent, p. 13, lot 163. Purchased from the Antique Porcelain Company, October, 1947 for £140.

Method of acquisition: Given (1947-10) by The Friends of the Fitzwilliam Museum

This is a pot-pourri Pompadour of the third size. The form was designed by the goldsmith and bronze-founder, Jean-Claude Duplessis (d. 1774), who worked for Vincennes and Sèvres between c. 1748 and 1774. This vase and its pair may have been the two mentioned in a garde robe of the Hôtel de Pompadour in the probate inventory of Madame de Pompadour in 1764, see Documentation.

Inscription present: interlaced L's enclosing A with a crown above 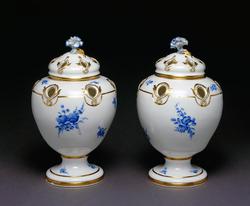 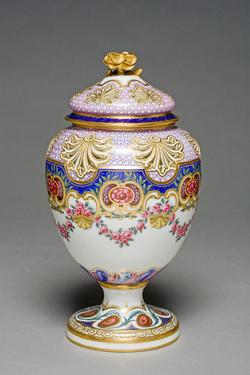 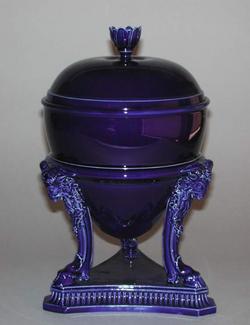 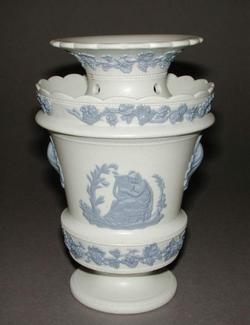