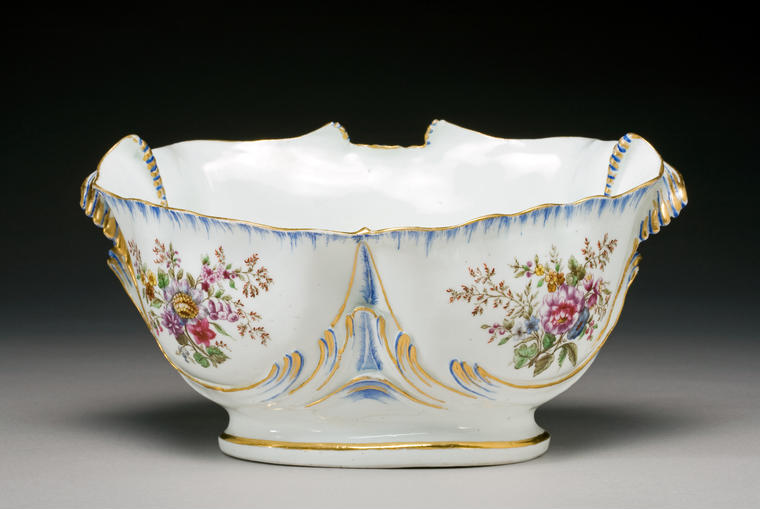 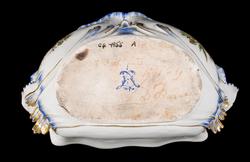 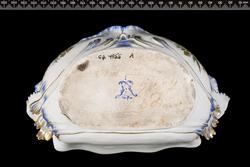 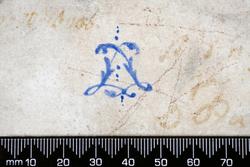 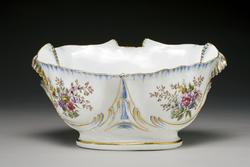 Soft-paste porcelain, moulded, and decorated with painting in blue, pale green, greyish-green, yellow, brownish-orange, dark pink, and mauve enamels, and gilding. The glaze is slightly speckled inside and outside. The vase stands on a D-shaped solid base. The back of the bowl is almost flat with a depression on either side of the centre. The front is curved, and divided into two lobes, separated by stylised palms in relief which curve below each lobe and rise to form small handles at each end. The wavy upper edge is divided and folded back at each end. Each of the lobes is painted with a bouquet of flowers. The relief leaves are touched with blue and gold; the upper edge is feathered in blue, and there are gold bands round the upper edge, and round the edge of the base.
A pair with C.4B-1955.

Purchased with the Leverton Harris Fund

This open bowl-like flower vase, is likely to have been the form referred to in the Vincennes factory's records as a 'cuvette à fleurs' or a 'pot à fleur'. With its pair, C.4B-1955, it may have formed part of a garniture of three vases, with a larger one in the centre. In the absence of other wide bowl-like Vincennes flower vases during the early 1750s, Eriksen and Bellaigue (see Documentation 1987) identified this form as probably corresponding to a garniture of vases, listed twice, once as 'vases à fleurs' and again as 'cuvettes à fleurs' in the probate inventory of Jean-Henry-Louis Orry de Fulvy (1703-51), which was begun on 26 May 1751, and is now in the Archives Nationales. In the inventory of the factory's stock taken of 1 October 1752 among the glazed wares there were five chimney garnitures in the form of bowls for flowers each defective costing 100 livres and amounting to 500 livres, which were still unsold in the inventory of 1 April 1753. (MNS I 7,p. 23) The report of the biscuit firing of 4 November 1752 included under moulded ware, one 'cuvette a fleur' of the first size and two of the second size which seems likely to have been another garniture of this type. (Ledger in the Institut de France, MS 5673, p. 3. ) It seems plausible to imagine that the large central vase resembled the one filled with an arrangement of porcelain flowers on metal stems acquired by the Musée national de Céramique, Sèvres in 1983 (MNC 25058). The museum already owned a pair of matching smaller bowls. (MNC 24427.1, 2), similar to the Fitzwilliam’s but having pink edges, which suggests that they may have been decorated before July 1751 when the factory's chemist, Jean Helot, introduced a blue enamel. The Fitzwilliam's examples were probably made between that date and the introduction of the date lettering system in 1753. Another of the smaller size bowls with pink edges is in the Toledo Museum of Art, Ohio (71.147), and another with blue edges was sold at Christies, New York, on 24 October 2012, lot 21. The bowls were also made with turquoise grounds.

Inscription present: the dots are one above the other

Inscription present: an illegible inscription in which some letters are readable 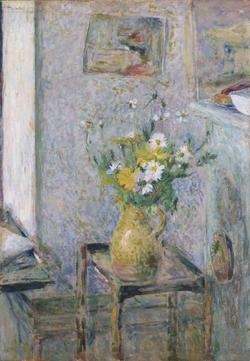 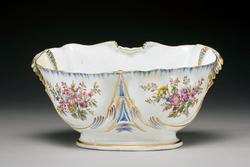 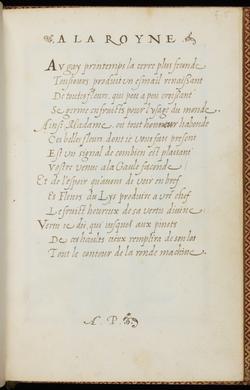 A dedicatory sonnet in gold ink to the Queen 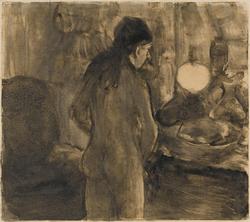