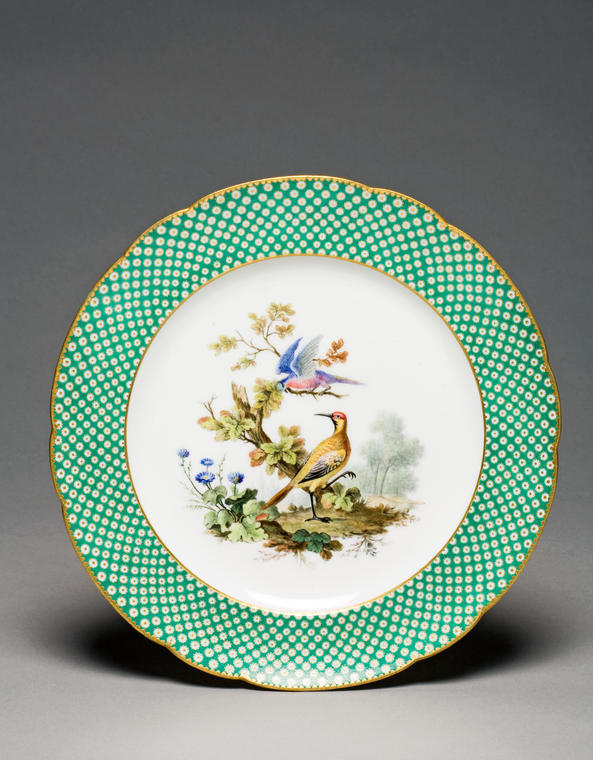 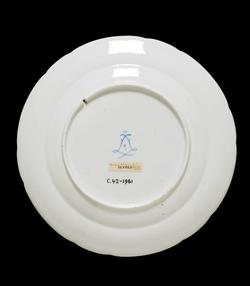 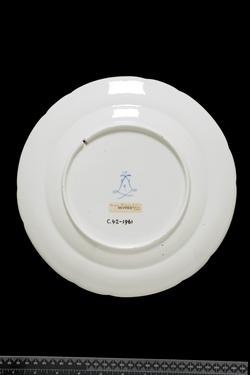 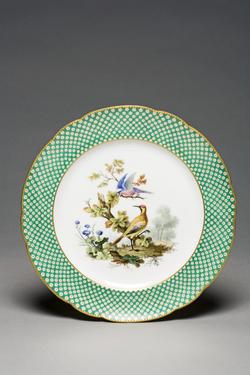 Soft-paste porcelain plate, painted in enamels with birds, flowers and trees, and gilded.

Soft-paste porcelain decorated with green ground colour, painting in blue, several shades of green, brownish-yellow, dark pink, pale purple, brown, grey, and black enamels, and gilding. Circular, with shaped rim of six large arcs alternating with six small, gently sloping border and shallow well. There is a hole for suspension in the footring, which has been broken away at this point. The white centre is painted in polychrome with two birds; one stands on the ground with its left leg raised and its head turned sharply to the left; behind it to the left is a sprouting tree stump, on a branch of which is perched a second bird which looks downwards, its wings spread behind it. In the foreground to the left there is a plant with blue daisy-like flowers and in the background to the right, hazy trees. The rim has an apple green ground decorated in gold with oeil-de-perdrix. There is a gold band round the inner edge of the rim and a dentilated band round the outer edge.

Green grounds were introduced in 1756 but little used until 1757. Patterned grounds with tiny white circular reserves and gold oeil-de-perdrix decoration introduced about 1765 were associated with the painter Taillandier, and when they had a green ground were referred to as 'fond Taillandier vert' or 'fond pointillé vert'.

The decoration in the centre of the dish suggests strongly that it was painted much later than 1769 which its date letter indicates. The design resembles, but not exactly, the plates from the Eden Service of 1787, which is decorated with birds from the comte de Buffon's Histoire naturelle des oiseaux.

Inscription present: each L has a projection near the top before the cross over 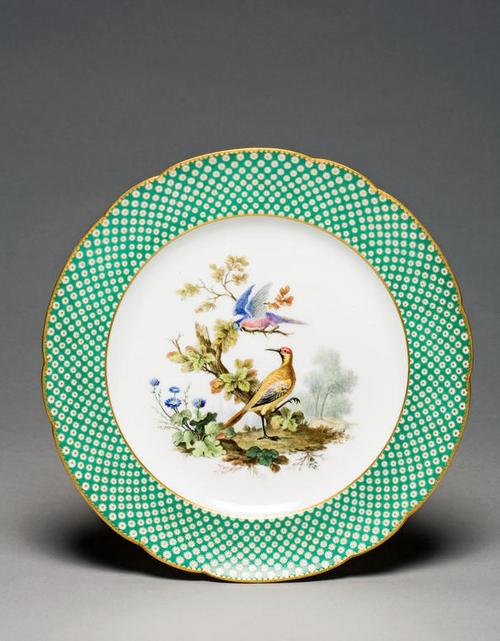