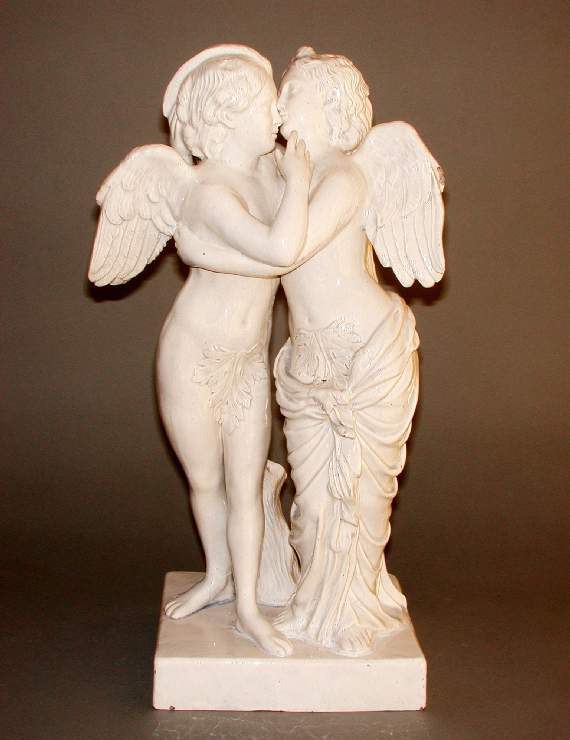 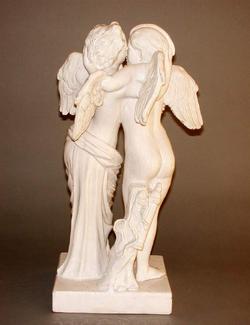 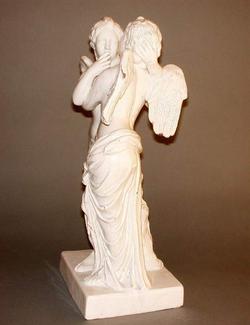 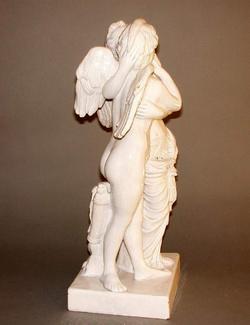 White earthenware, moulded, and coated with slightly blue-tinted lead-glaze (pearlware). Fgures of Cupid and Psyche embracing standing beside each other on a shallow square base

This model was derived from the marble winged Cupid and Psyche, which had been found near S. Stefano Rotondo in Rome in 1666, and was taken to the Uffizi in Florence. The high status of this marble was demonstrated by its inclusion in Zoffany's painting of the 'Tribuna of the Uffizi' begun in 1772. The group was also produced in porcelain by the Ginori factory at Doccia. The popularity of reproductions of the group can be gauged by a reversed model, shown standing on top of a drop front secretaire in a Directoire period gouache by J.BN. Mallet, entitled 'La visite aux jeunes mariés', in the Musée Cognacq-Jay, Paris. The winged Cupid and Psyche became less admired after the finding of a marble representing the embracing couple without wings which was found in 1749 and placed in the Capitoline Museum in Rome. 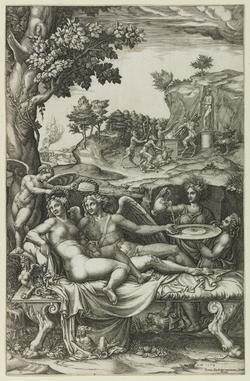 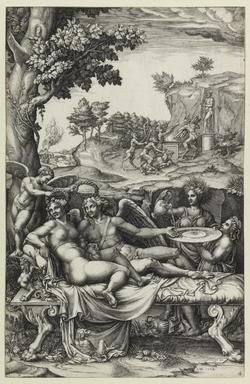 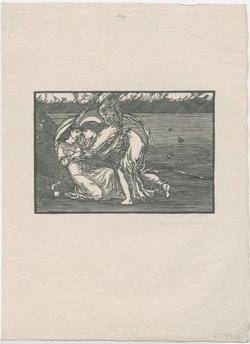 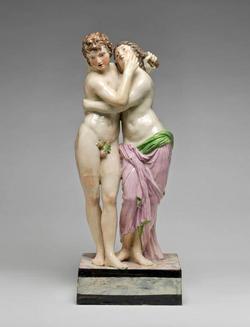