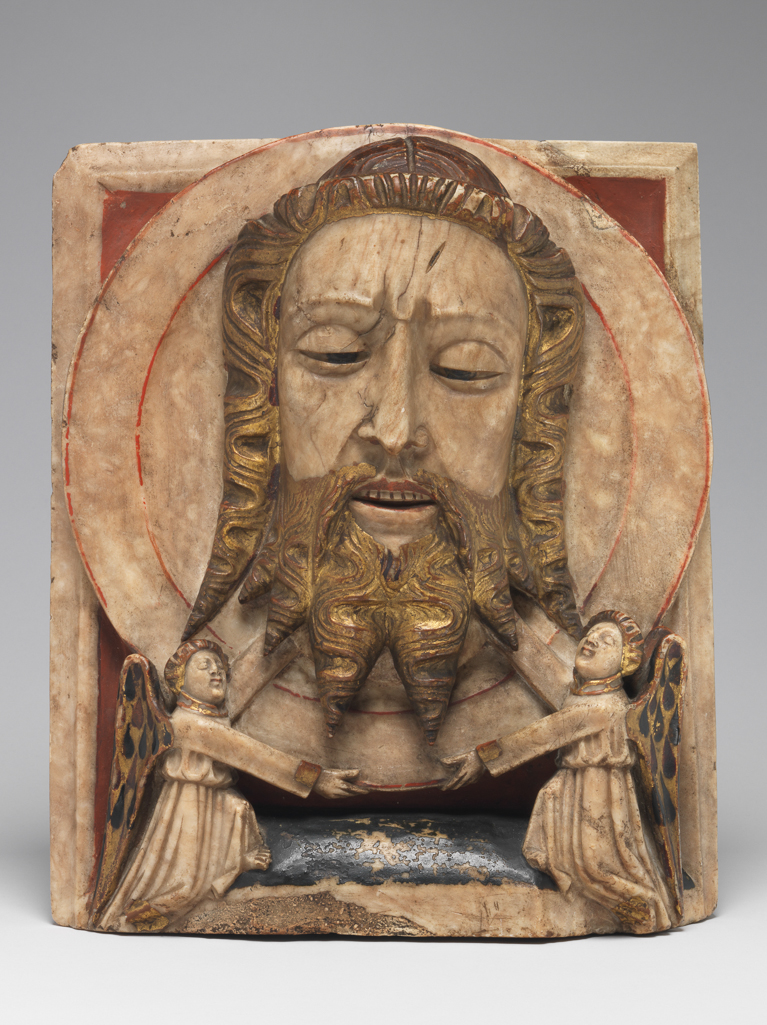 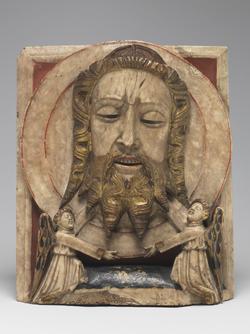 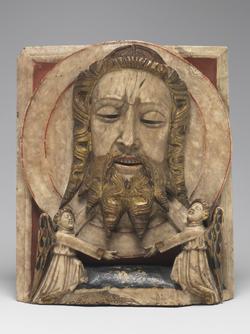 Head of John the Baptist on a Dish

Relief of the head of John the Baptist on a dish, alabaster, carved in high relief,with remnants of painting in red, brown, and black, and gilding

Relief. Alabaster, carved in high relief, painted in red, brown, and black, and gilded. Rectangular. Two angels kneeling on the bottom edge, hold up a circular dish bearing St John the Baptist's head in a vertical position. He has a long ringlet on each side of his face, and a beard divided into six ringlets, two small on either side of two large. He looks downwards, drawing his eyebrows together in a slight frown, and has a long straight nose, and a half open mouth with six prominent teeth. His lips are reddened and his hair and beard are gilded. The inner and outer edges of the rim of the dish are banded in red. The angels have gilded hair, remnants of gilding on their collars, and gold wings with black tear-shaped spots. The triangular areas on each side of the dish at the top are painted red, and the area below the dish is black. The reverse has three holes, one of which has remains of wire for suspension, possibly of latten, and one later suspension ring cemented in near the top

Purchased with the Boscawen Fund, and with grants from the National Art Collections Fund, and the MLA/Victoria and Alber Museum Purchased Frant Fund

Carving : Alabaster carved in high relief, with remnants of painting in red, brown, and black, and gilding 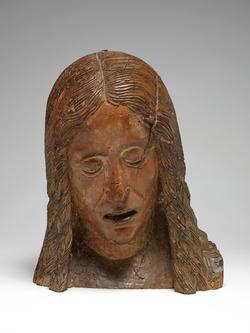 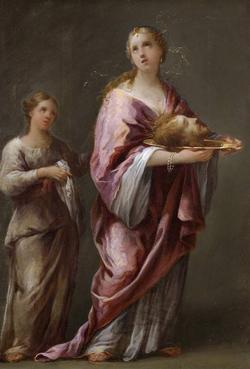 Salome with the head of St John the Baptist 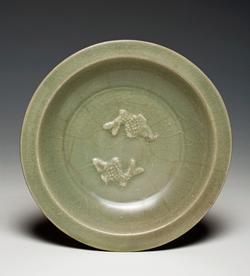 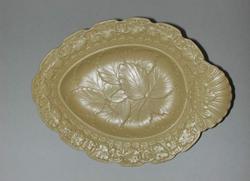 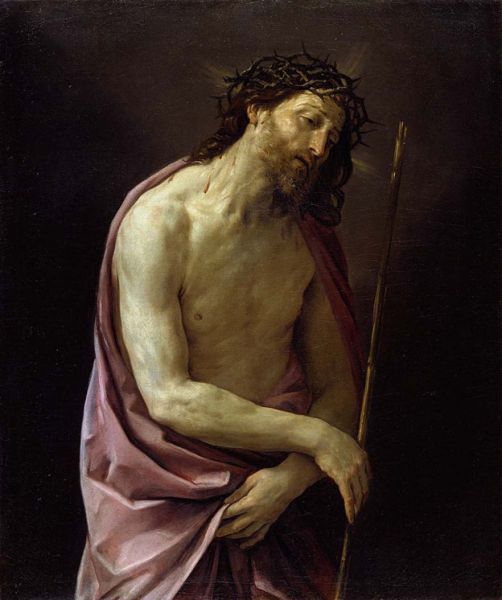 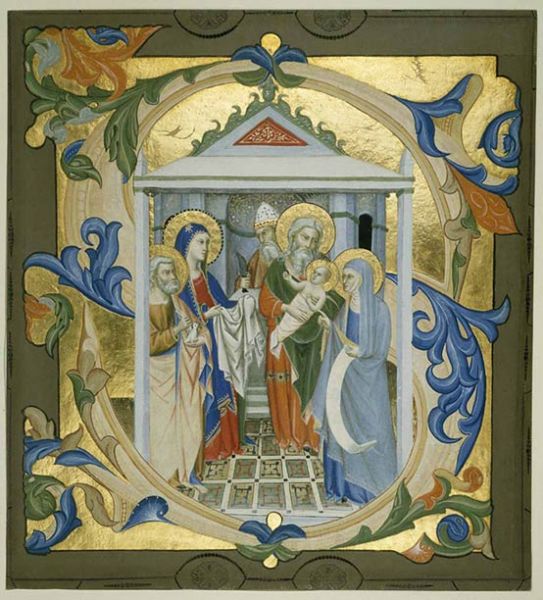 Leaf from a Choir Book

Head of John the Baptist on a Dish 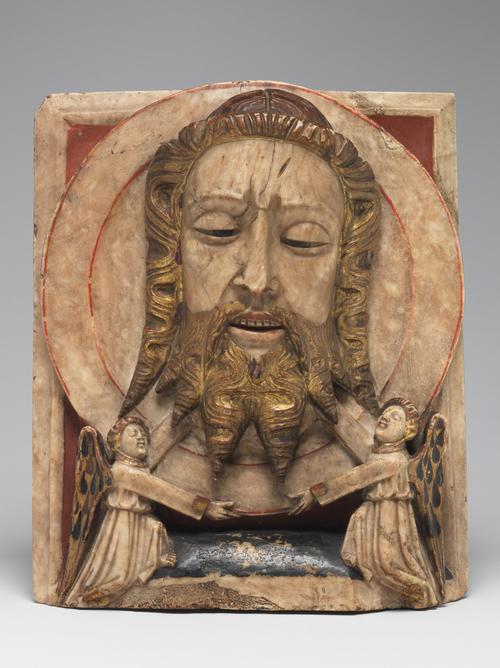