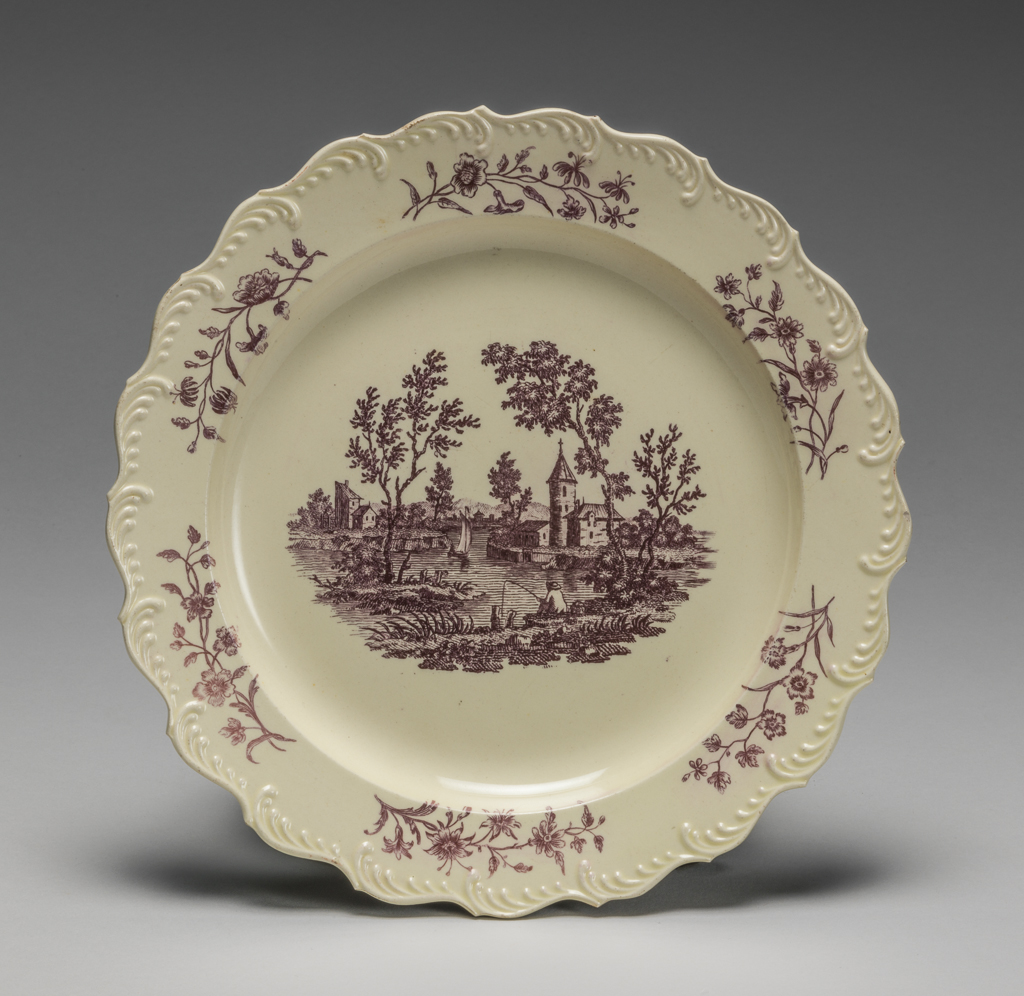 Cream-coloured earthenware (Queen's ware), moulded with feather edge, and printed onglaze in lilac enamel. Circular with wavy edge, narrow sloping rim, shallow curved sides, and flat centre. Decorated in the centre with a vignette showing a man fishing beside a lake, flanked by buildings and trees, and on the rim with six floral sprays.

Wedgwood began to send glazed creamware to be printed by Sadler & Green in Liverpool in 1761, and after Sadler retired in 1770, he continued to send ti to Green until 1790. The printing was executed in black, red, or lilac. Plates were usually decorated with a central vignette, such as the landscape or genre scene, surrounded by a border of floral sprays. 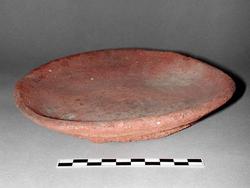 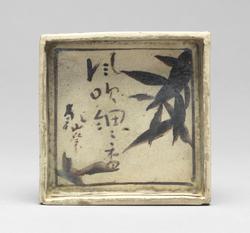