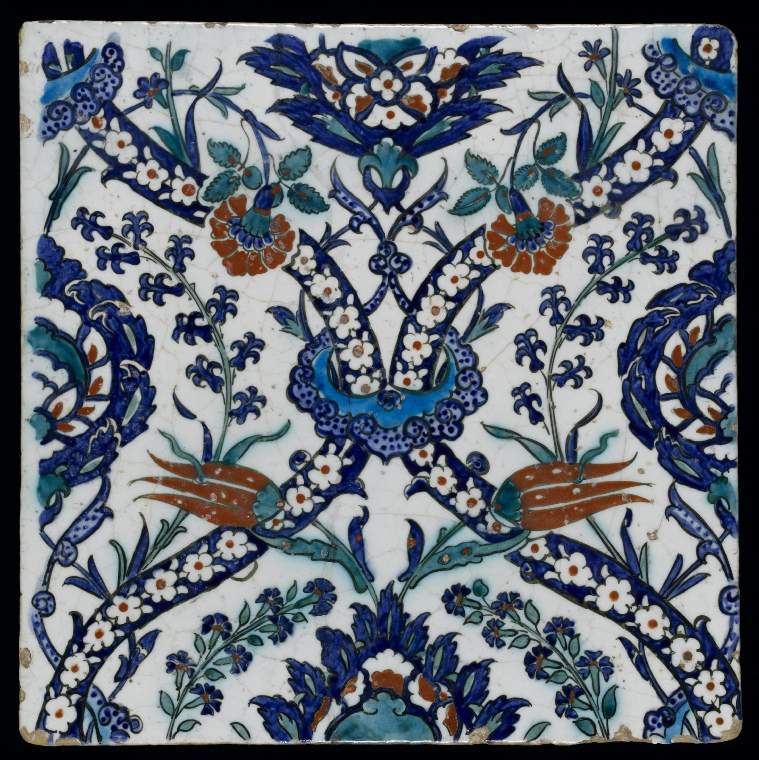 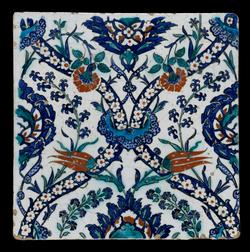 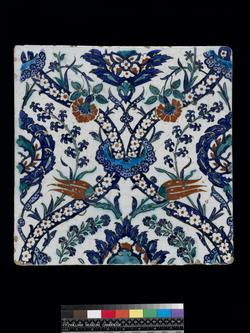 17 fritware painted in polychrome under a white glaze

Colortbl red green, blue
fritware, mould made, painted in two shades of blue, black, green and red slip under a transparent, crazed white glaze. b Shape: roughly square with slightly bevelled edges
Upper surface: part of a reticulated design; all decoration is outlined in black. At the centre, clasped by a three tone blue agrafe, two sinuous blue stems, each forming an ogee, are overlain by stems of prunus flowers with central red dot. The stems divide the tile surface into quadrants filled with a central blue, green and red palmette flower surrounded by curving flower stems of blue hyacinth and red tulips or carnations. Glaze covers the surface, running over the edges in places.

Given in memory of Niall Claude Beddington 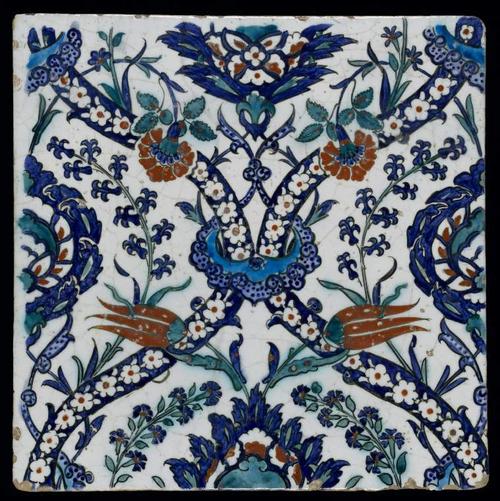